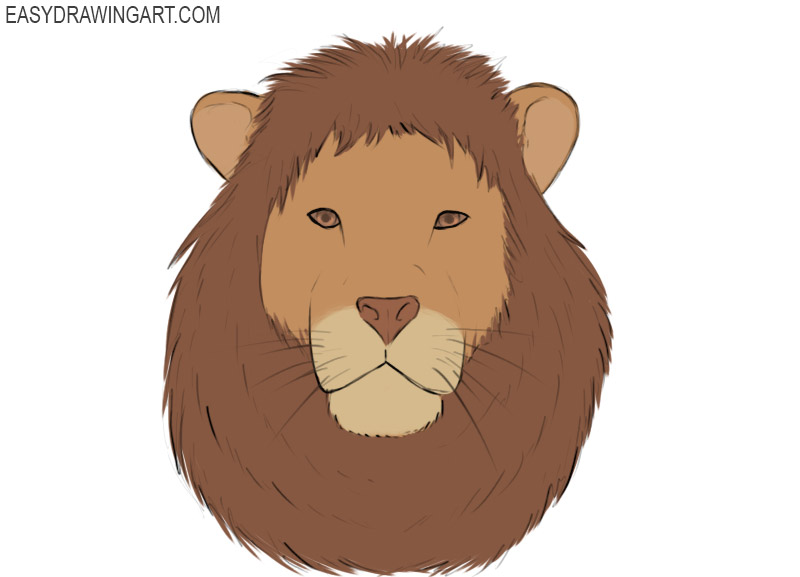 In this very simple ten-stage instruction, the team of Easydrawingart.com will show you how to draw a lion head easy and quick.

This big cat is rightly considered the king of animals. You could see it in many works of art, emblems, and statues, and today we will show you how to draw a lion head, as artists have been doing for centuries.

So, we always depict the heads of animals beginning with a ball, and the instruction on how to draw a lion face will not be an exception. So, depict the ball as in the image below. 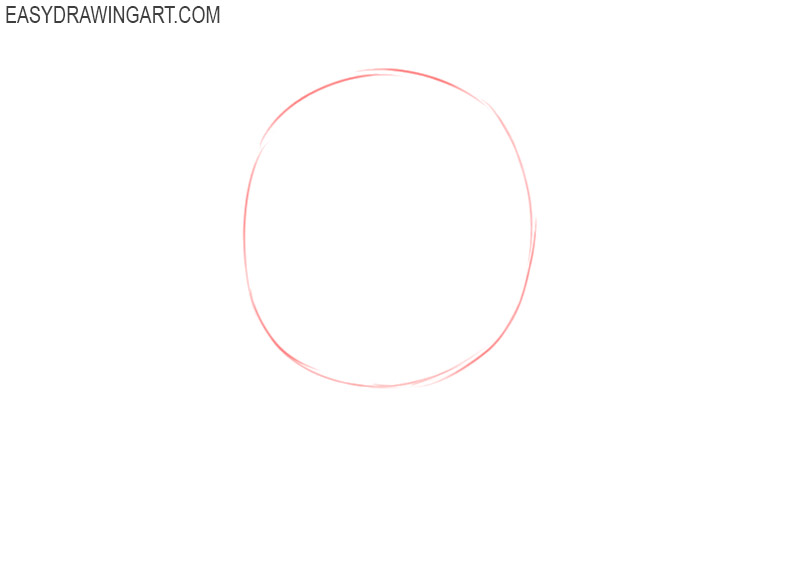 Now, just above the center of the ball, portray the eyes of the lion in the form of two almond-shaped geometric figures. 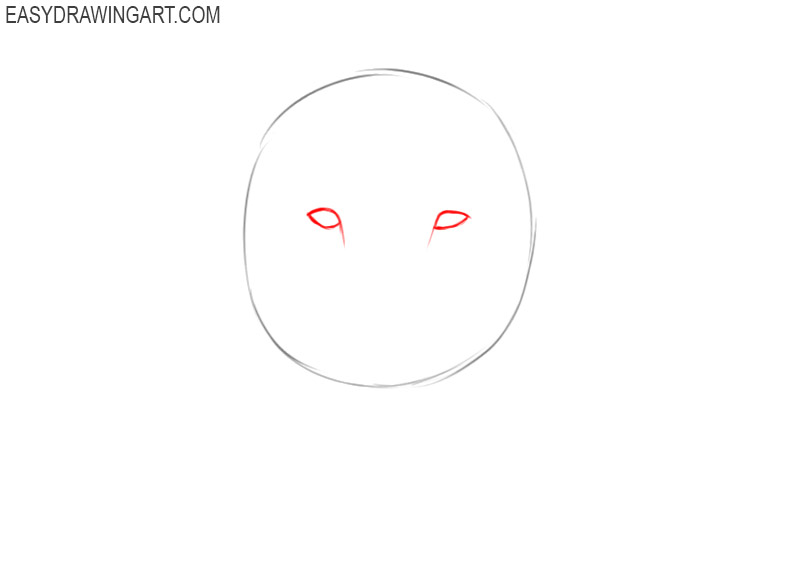 Now in the lower third, let’s portray the nose of the lion. Repeat the heart-shaped nose and depict the nostrils as in the artwork lower. 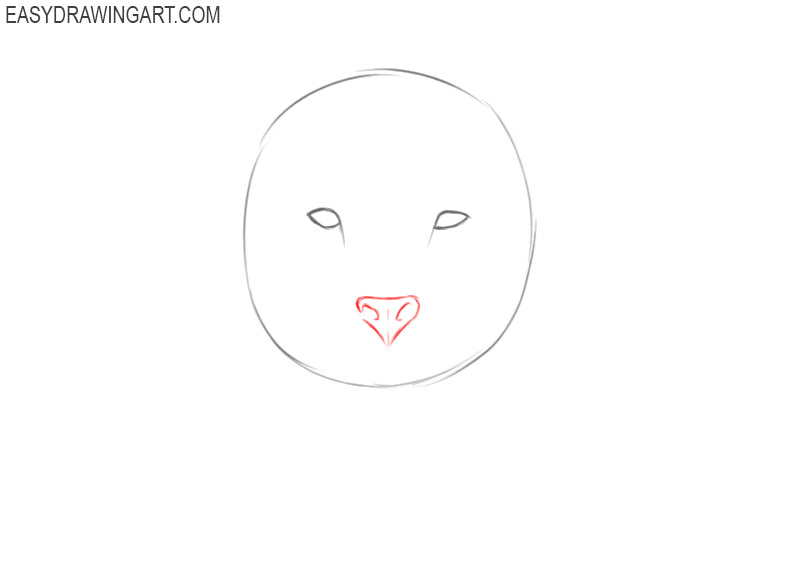 Let’s now depict the mouth of the lion. Firstly carefully depict the upper part of the mouth, after that portray the rounded lower jaw using ragged lines. 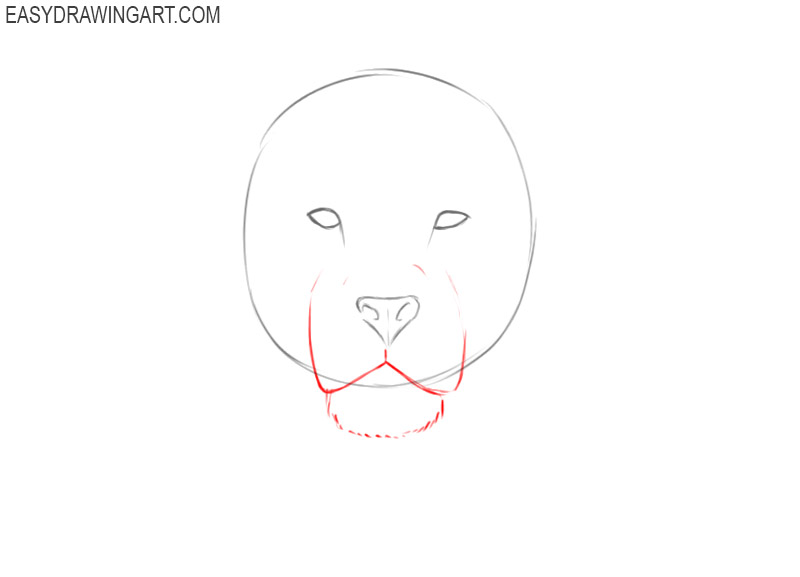 The coolest distinctive detail of a lion is its thick and fluffy mane. So, using light lines begin to depict the inner contours of the mane, that frame the face. 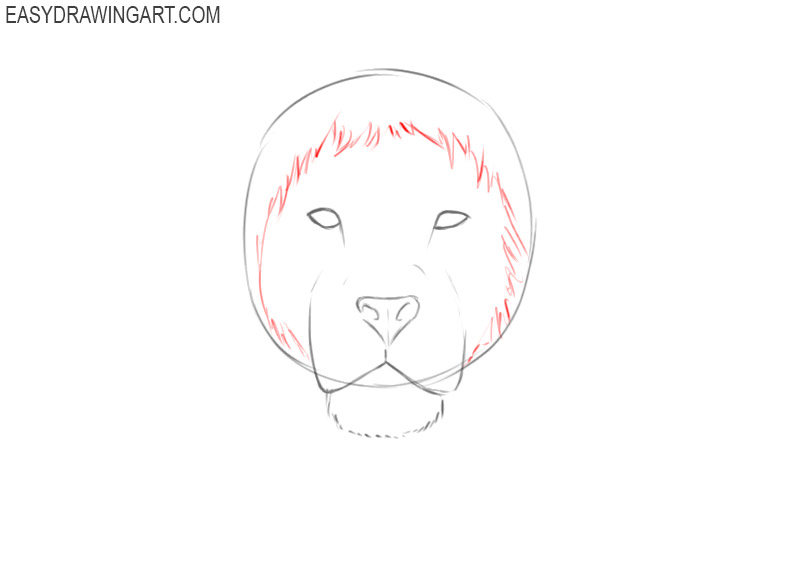 Now, using the same lines, portray the outer contours of the mane. It should turn out to be very voluminous and fluffy. 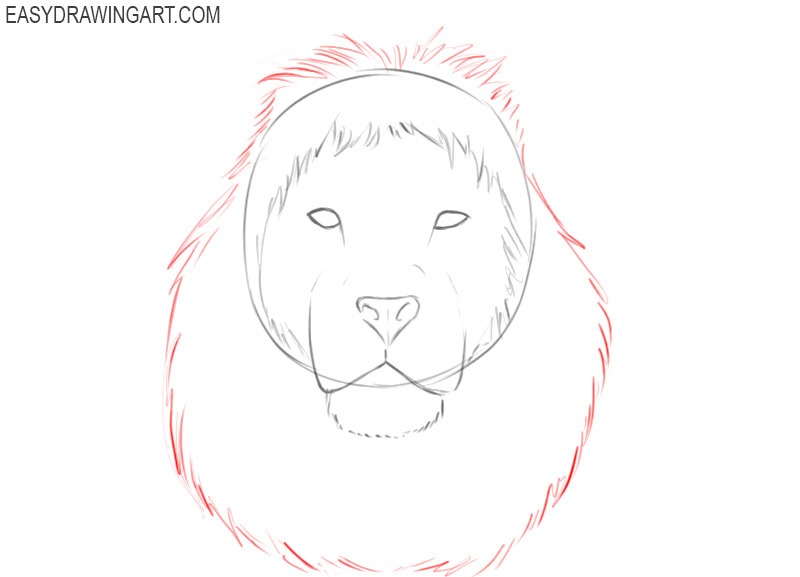 Now portray ears on the sides of the big cat’s head. Unlike a regular cat, a lion has really round ears. After that depict the lines inside the ears. 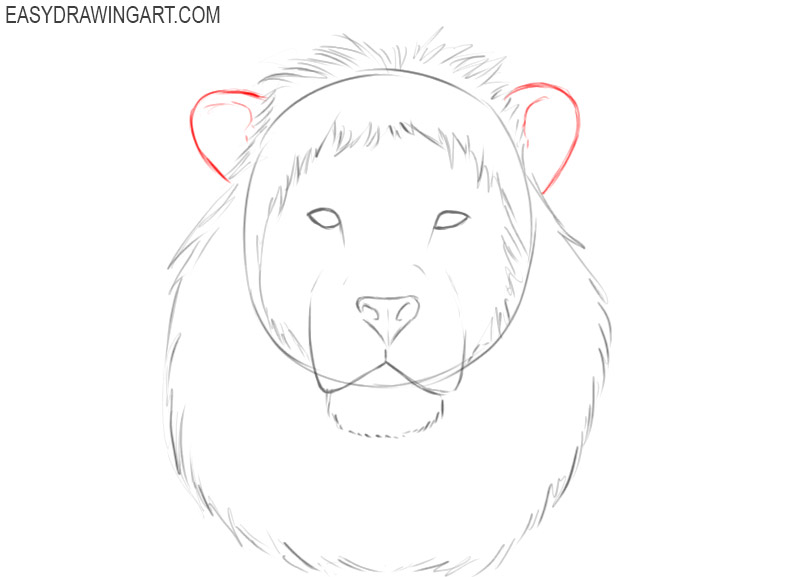 Let’s give the lion’s mane a more voluminous, fluffy and realistic look. To do this, depict a large number of lines as shown in the image below. 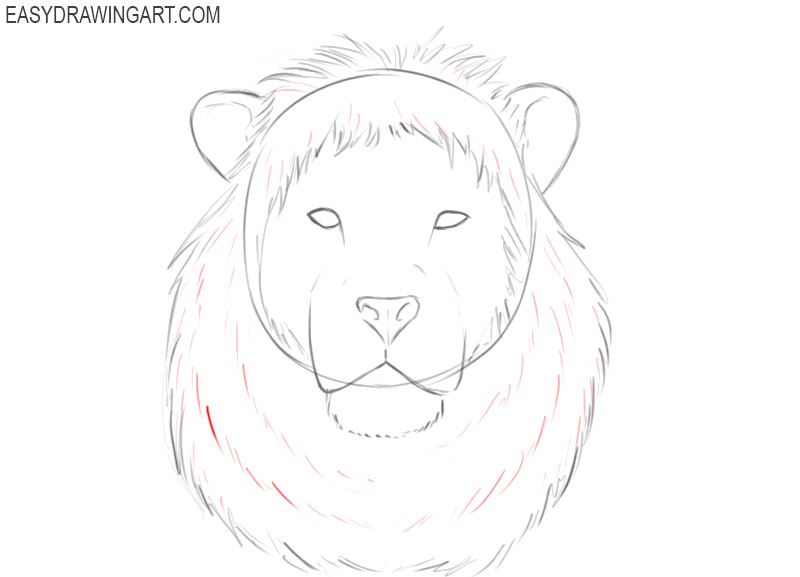 Wipe off all the guidelines from the lion’s head, trace everything with clear and beautiful lines, portray a mustache and go to the finishing stage of the instruction on how to draw a lion head. 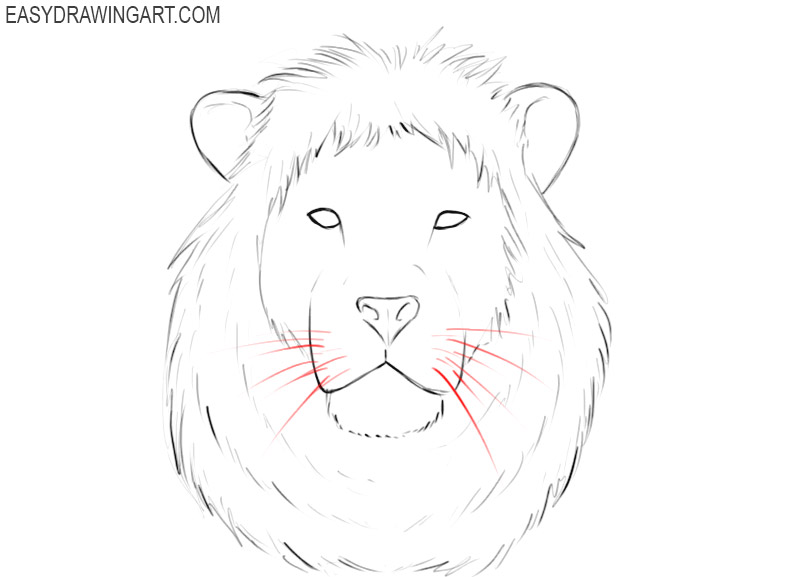 So, let’s paint the lion head. Paint the skin of the lion in shades of sand, the mane and nose in brown, and the pupils of the eyes in golden brown.

That’s all, dear artists and readers of Easydrawingart.com, the instruction on how to draw a lion head came to the afterword itself.

Do you have any suggestions for upcoming articles? What else would you like to learn to draw? Have you encountered any difficulties or difficulties in drawing the head of a lion? Write to us about this and everything that you think about Easydrawingart.com because we read all your comments and respond to many of them.