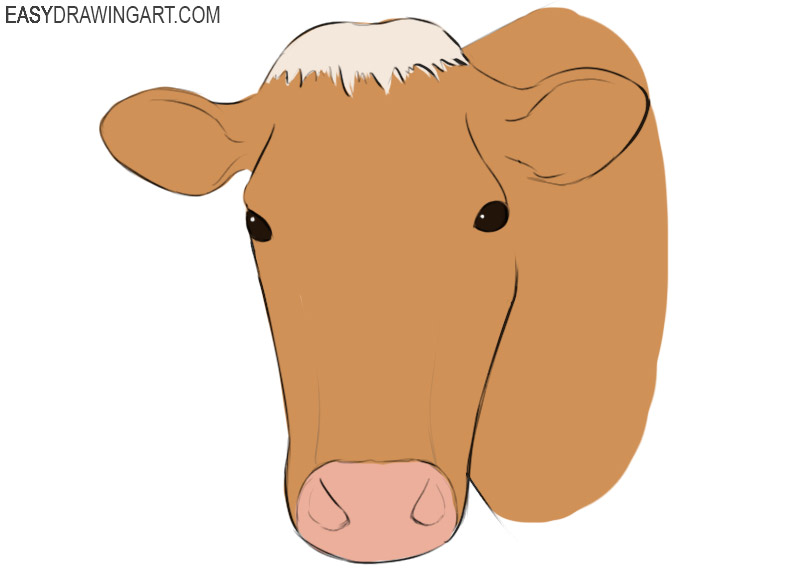 Start with the head, depicting it in the form of a regular ball. Next, depict the wide neck, as did the artists of Easydrawingart.com in the image below. 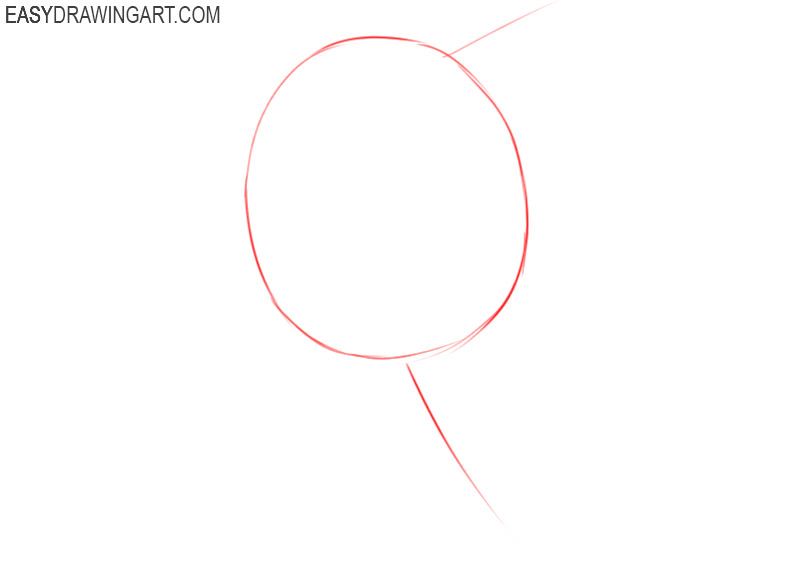 At the bottom of the ball, portray a large muzzle in the form of a large U. The lines should be smooth and clean in this and subsequent stages. 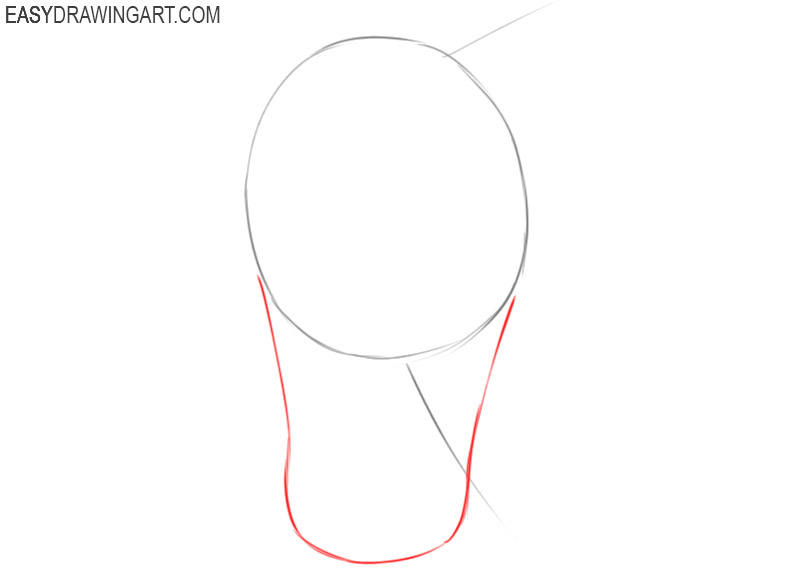 Now, on the sides of the head at the top, portray the ears. They are quite wide in the center and narrow at the tips and in the area where the ears join the head. 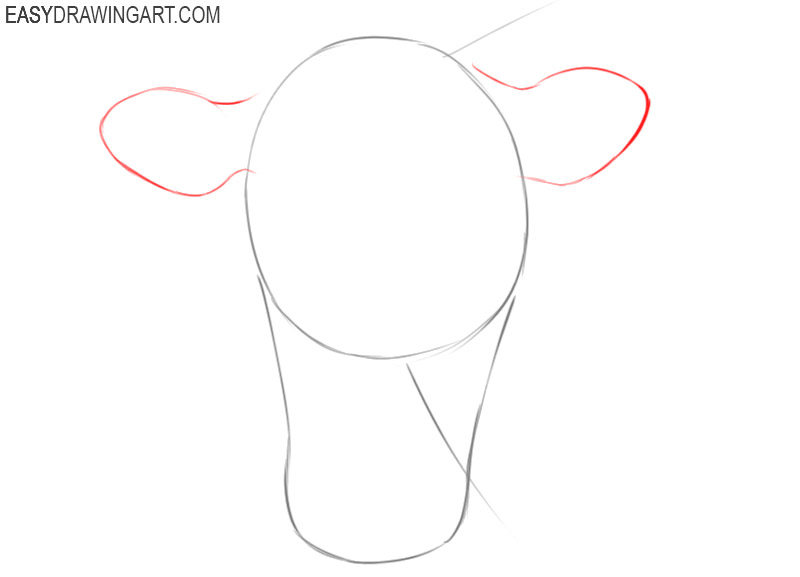 Now portray the lines inside the ears. After that, depict a hairstyle at the very top of the head between the ears. Yes, you may not have paid attention, but the cows have hairstyles. 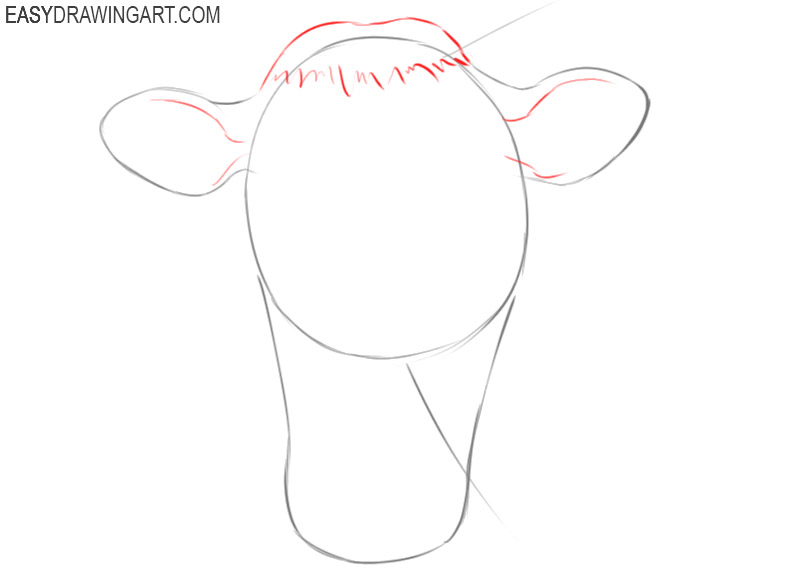 Now, with the help of two almond-shaped geometric figures, depict the eyes. Now, a little higher, depict the lines that start from the sides of the eyes. 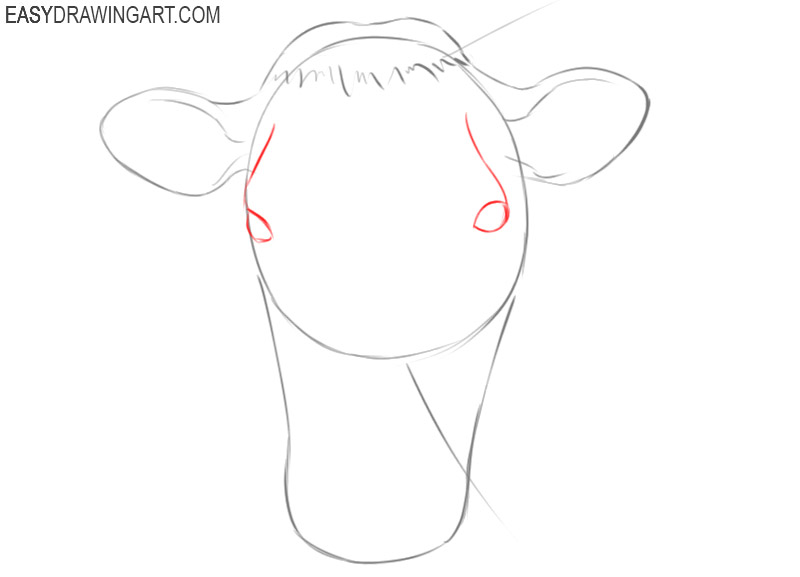 Now, at the very bottom of the muzzle, depict a nose in the form of an oval geometric shape. After that, inside this figure, depict the nostrils. 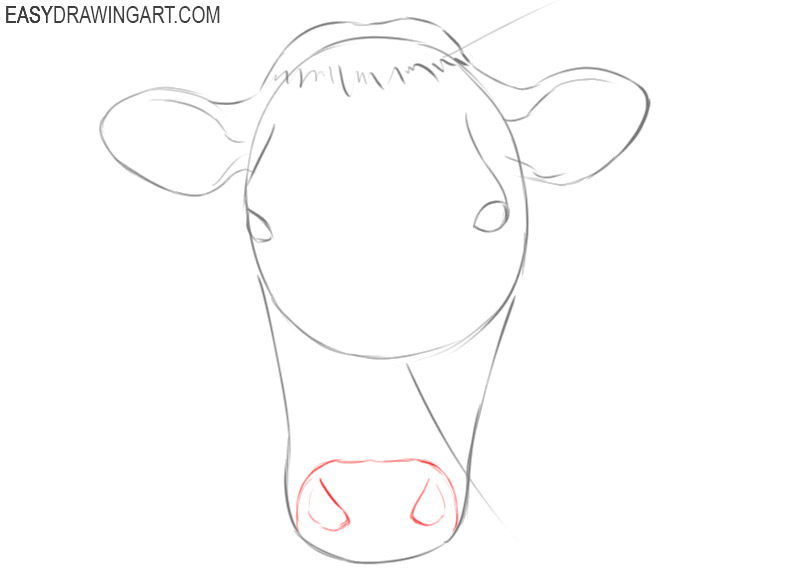 We are in the penultimate stage of the instruction on how to draw a cow head. So, now trace the image with dark and beautiful lines. 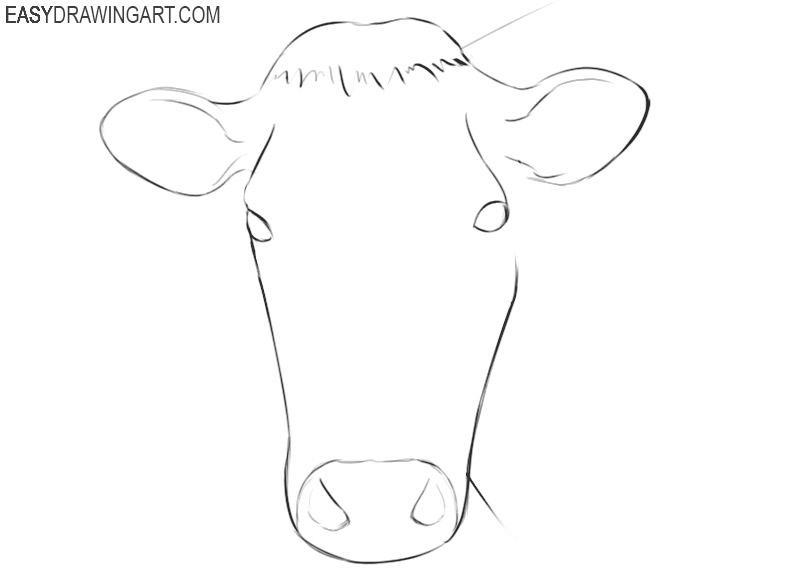 Now let’s paint the cow head. We decided to paint the cow face light brown, but you can use any other color palette. The nose of the cow can be pink or brown.