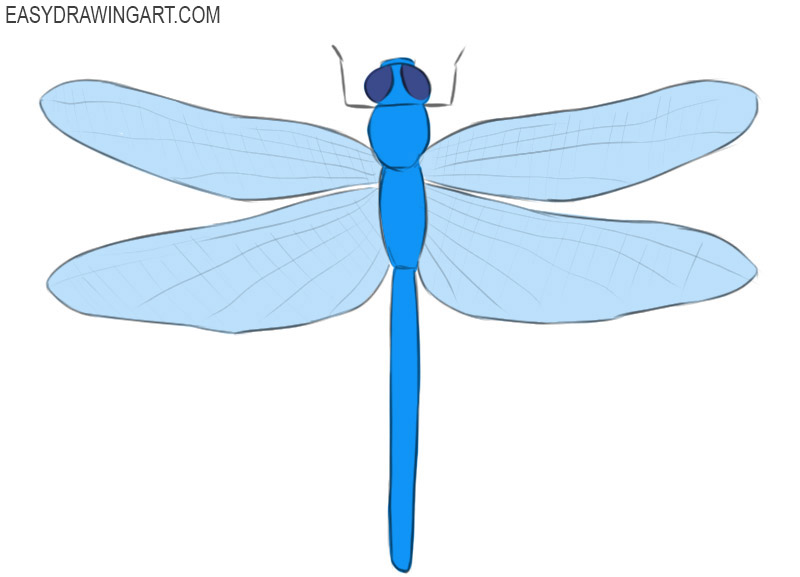 We divided this instruction into several literally elementary stages, each of which we highlighted in red in order to simplify the learning process as much as possible.

Start with the head and torso of this beautiful insect. They look like two ordinary ovals. Try to use light lines to simplify the process of adding fixes. 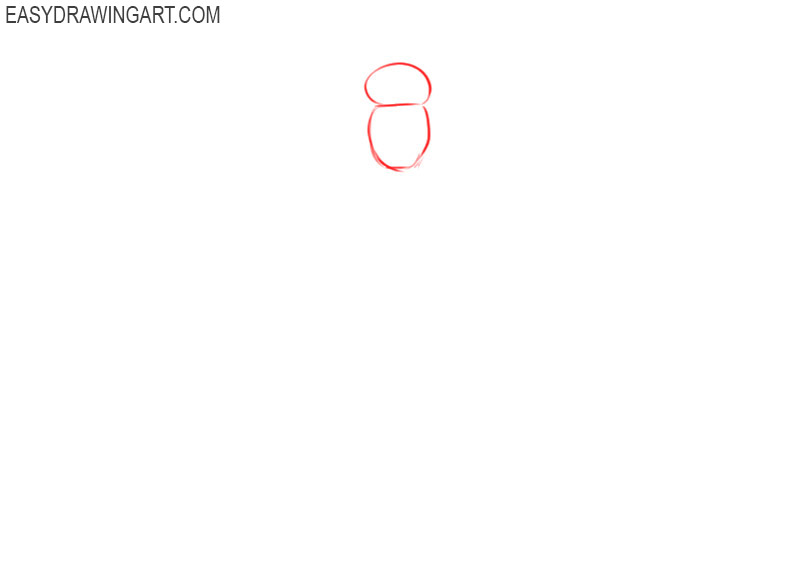 Now depict the lower part of the torso and the long abdomen, as the artists of Easydrawingart.com did in the sketch below. 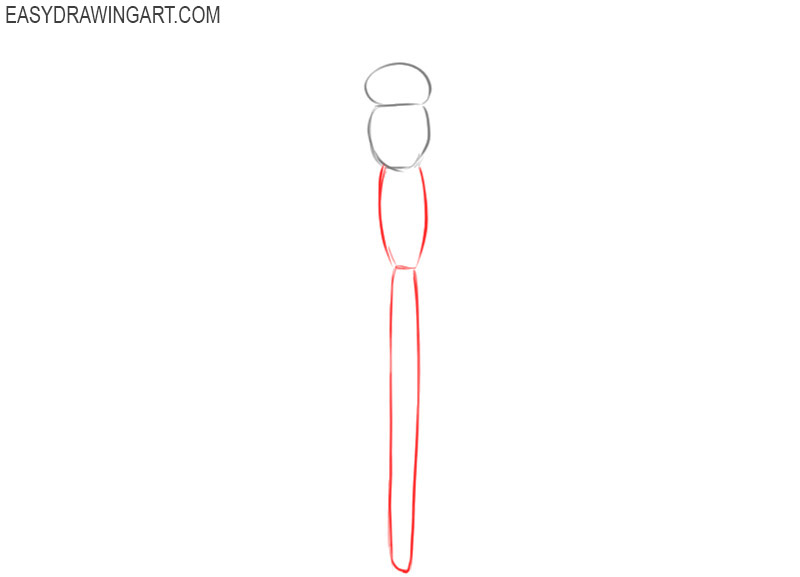 Now depict big eyes and jaws. By the way, you can depict long antennae, we decided to do without them because these beautiful insects have a rather different head structure. 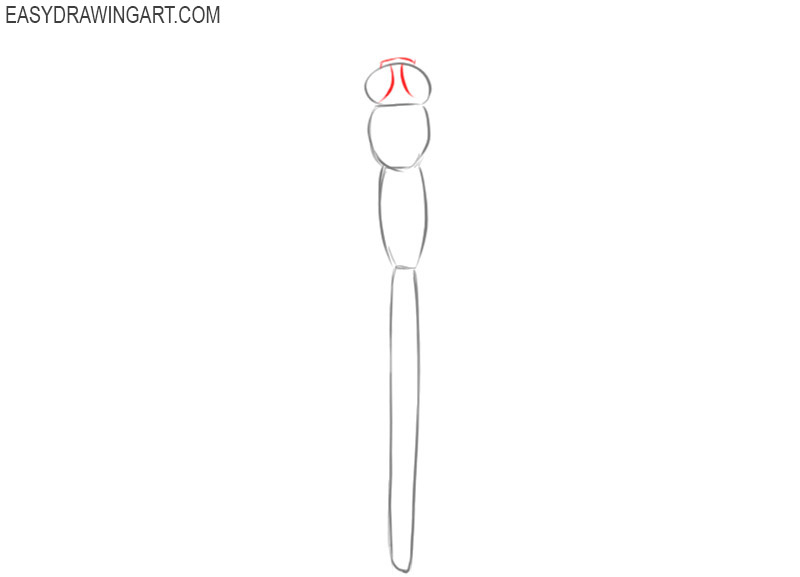 This step of the instruction on how to draw a dragonfly will probably be the easiest. Between the head and the torso, depict the arms with the help of several lines. 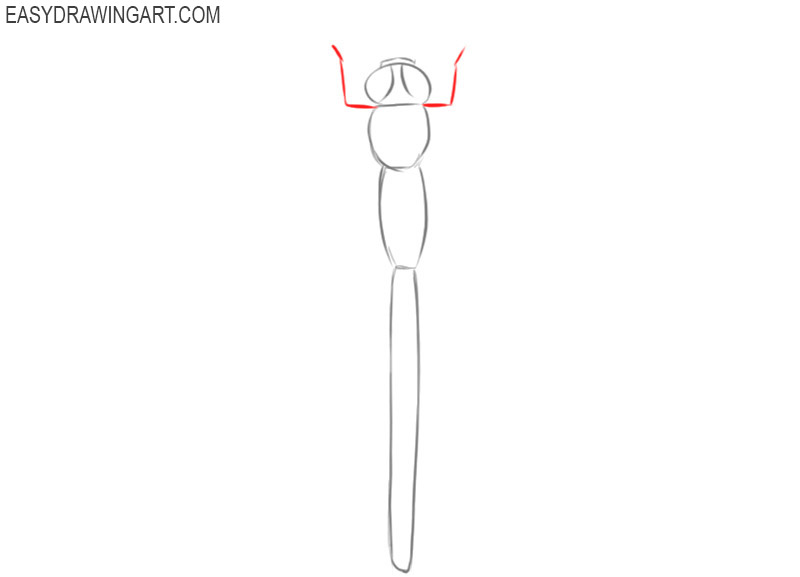 Now let’s start drawing the insect wings. With the help of two long smooth lines, depict the top edges of the long wings as in the sketch, created by the artists of Easydrawingart.com. 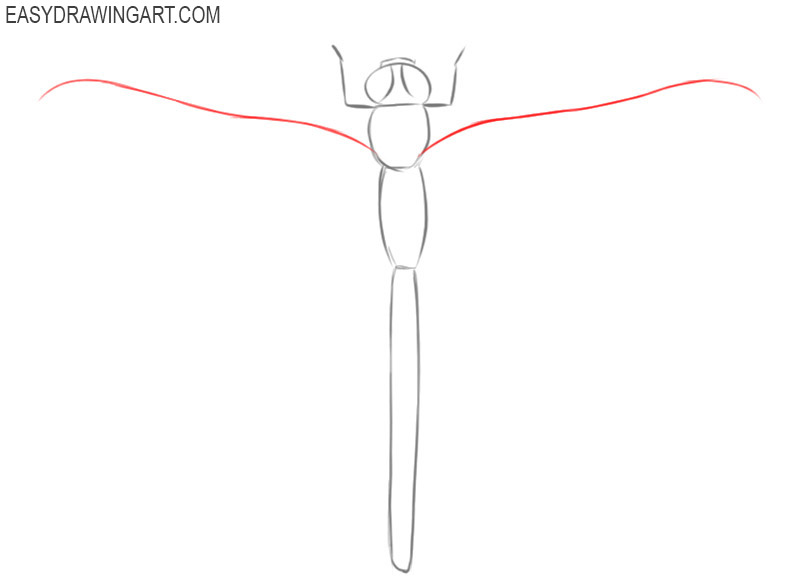 In this stage, we will finish the creation of the top segments of the wings. With the help of two lines, we depict the rest of the wings, as seen in the picture below. 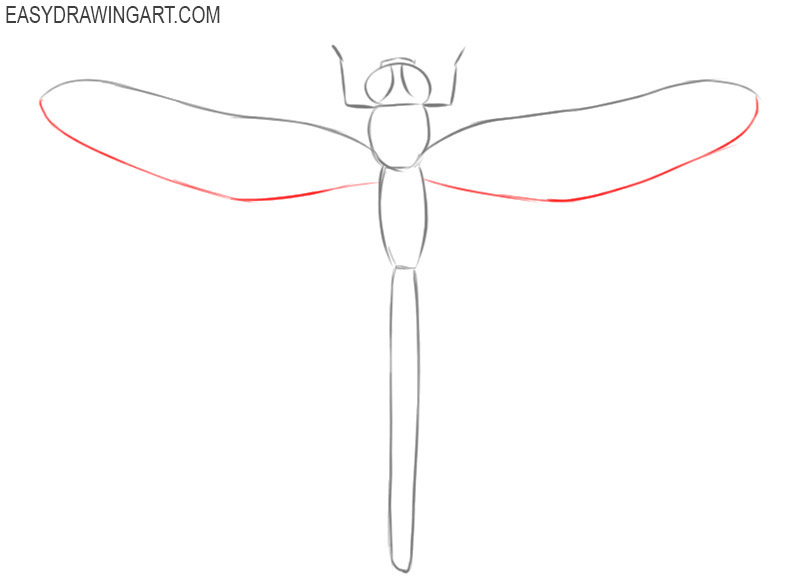 In the seventh stage of the instruction on how to draw a dragonfly, you should repeat everything in approximately the same way as the fifth stage. With the help of two simple lines, create the upper edges of the lower wings. 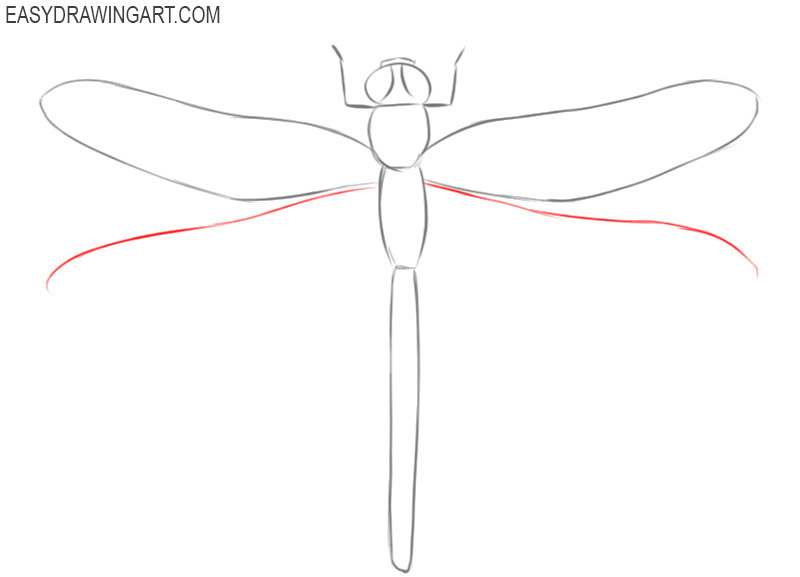 Here we will repeat all the actions that we did in the sixth stage. Complete the wings with exactly the same lines, as the artists of Easydrawingart.com did. 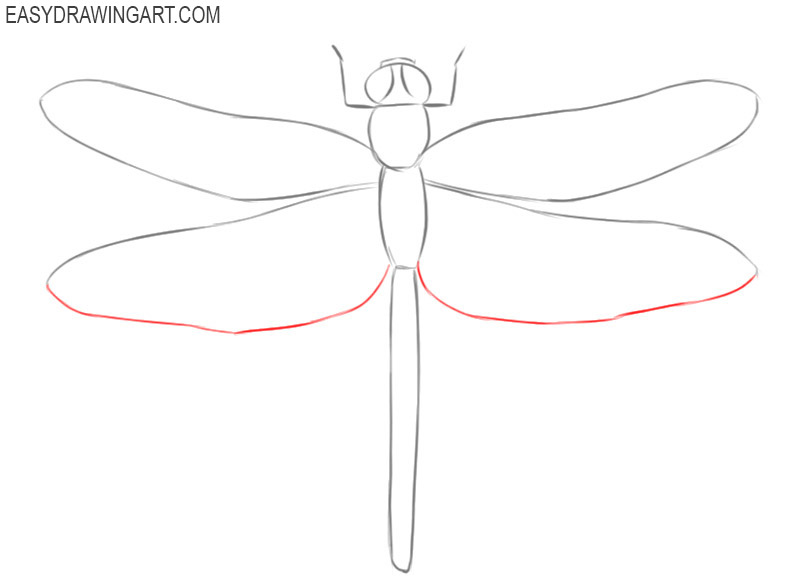 Let’s now add texture to the surface of the wings of our beautiful insect. To do this, first depict a few longitudinal lines on the wings, then a few transverse lines. 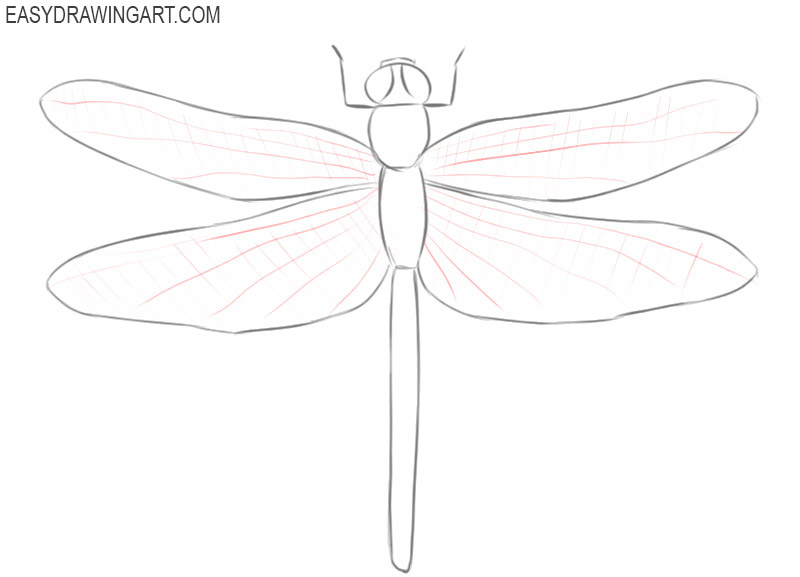 These insects come in many different colors, and we decided to choose shades of blue. But you can paint a dragonfly in any other colors using colored pencils, felt-tip pens or paints.

f you think that your dragonfly drawing doesn’t look the way you would like, then go back to the first stage of the instruction on how to draw a dragonfly and try again.

Also visit the rest of the pages of Easydrawingart.com to learn how to depict animals, food, cars and much more. And if you subscribe to Easydrawingart.com in social networks, you will be in the know about all upcoming art instructions.