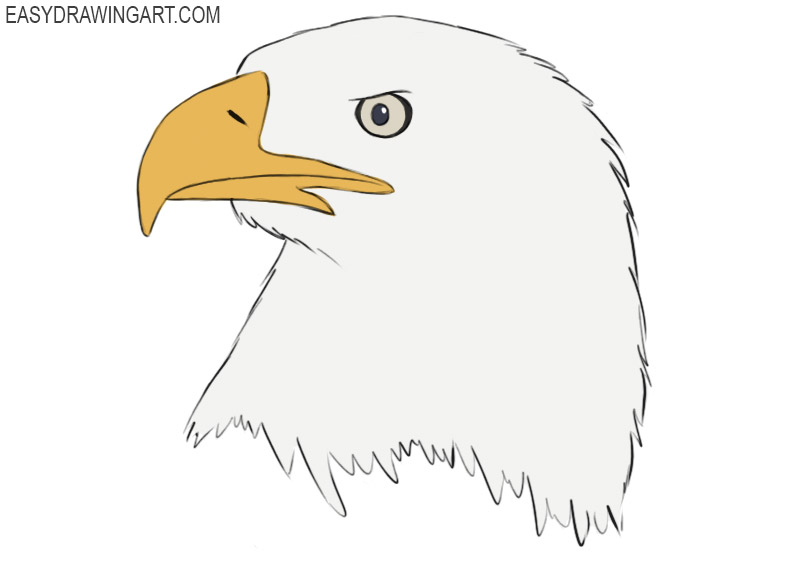 In this super easy nine stage guide, you will learn how to draw an eagle head easy and quick.

Eagles are actually one of the most famous and epic animals. They are in the culture and myths of most Indo-European peoples.

They stand out with their strict look and piercing gaze, which we will also learn to portray in this instruction on how to draw an eagle’s head.

So, start drawing the eagle head with the most ordinary oval. This will be the base on which we will literally build future details. 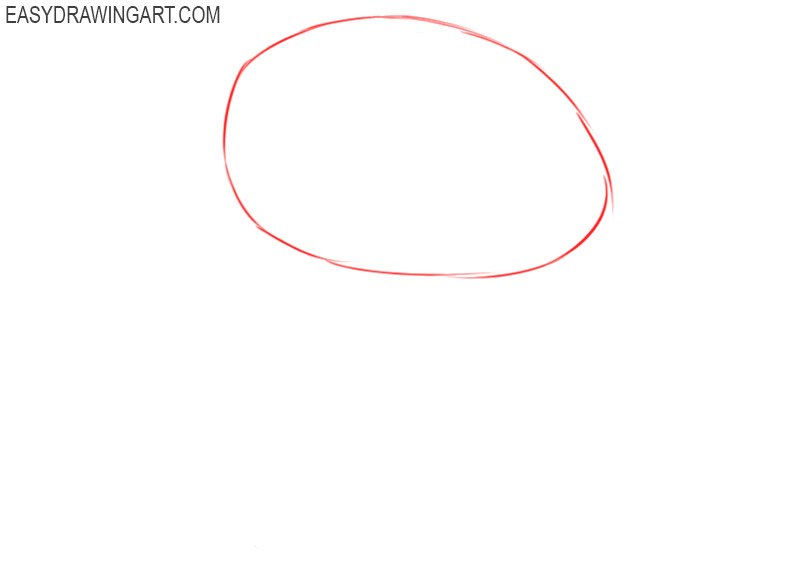 Now, using two light and curved lines, depict the eagle’s neck. Repeat their shape and location as in the example from the artists of Easydrawingart.com. 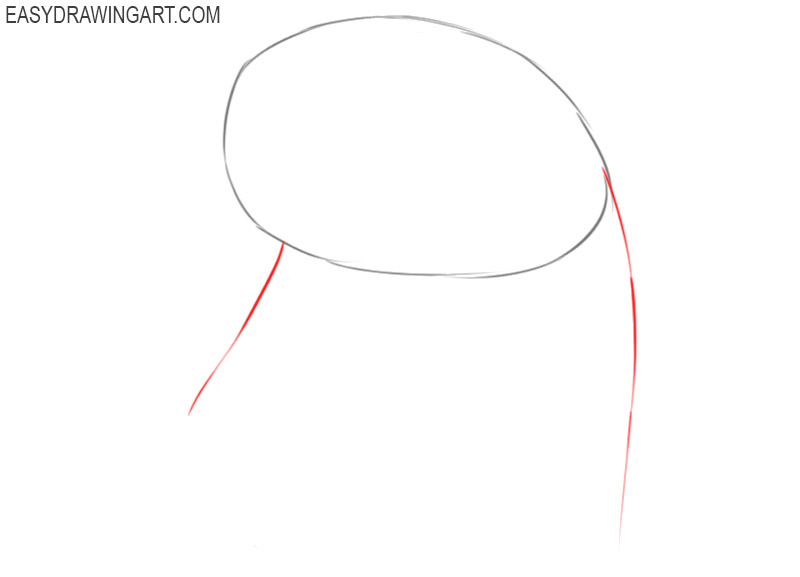 Let us now take care of the beak of our magnificent bird. First of all, portray the upper part of the beak curved downwards. 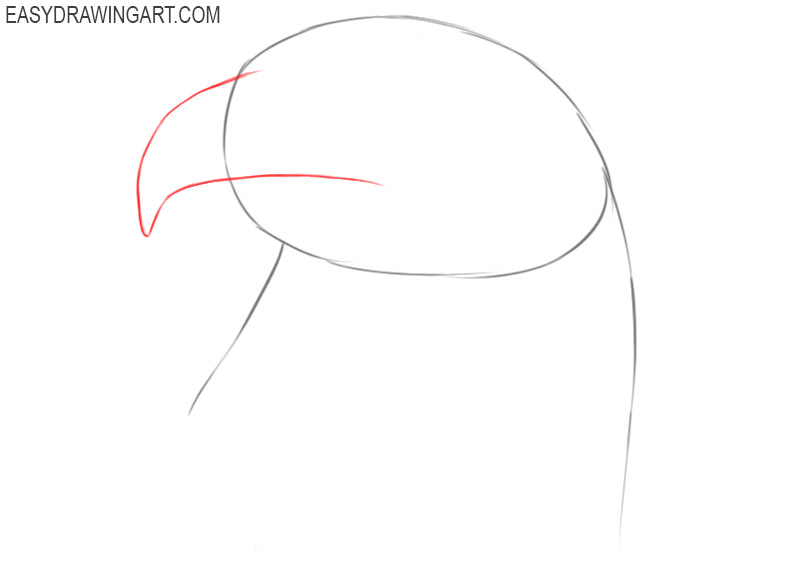 After that portray the bottom of the beak and the line that separates the beak from the head of the eagle. Repeat the forms as in the example from the artists of Easydrawingart.com. 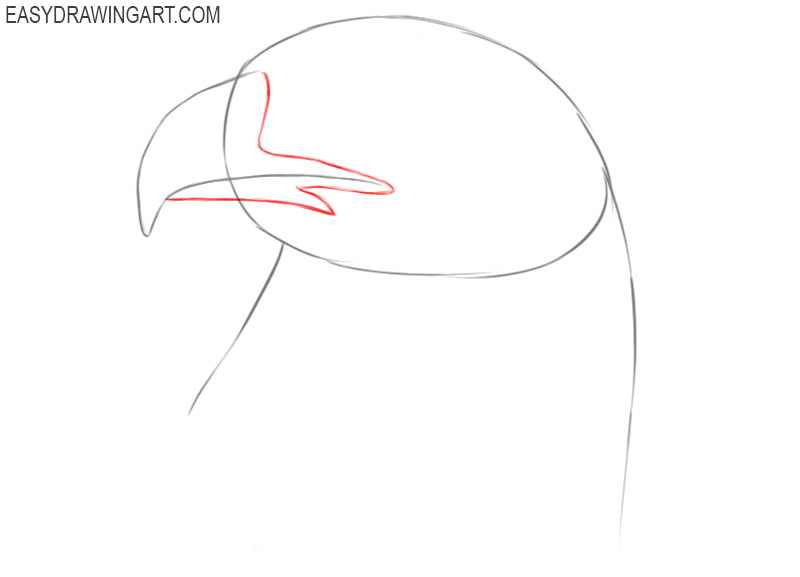 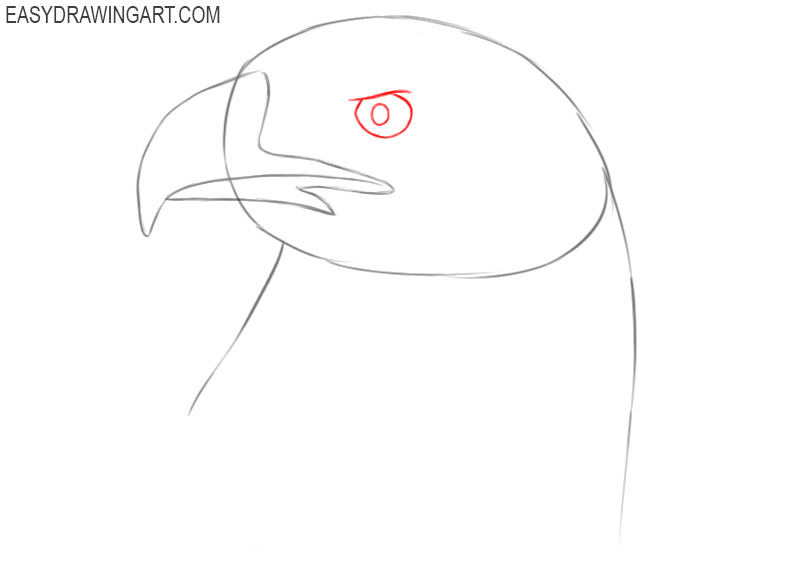 Now let’s depict a feathery texture of the head. Do this with a lot of small lines, as the artists of Easydrawingart.com did. 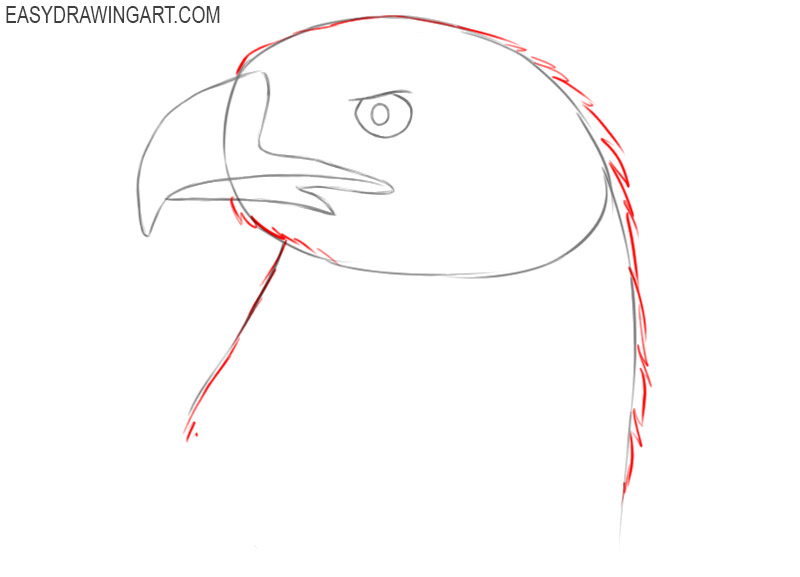 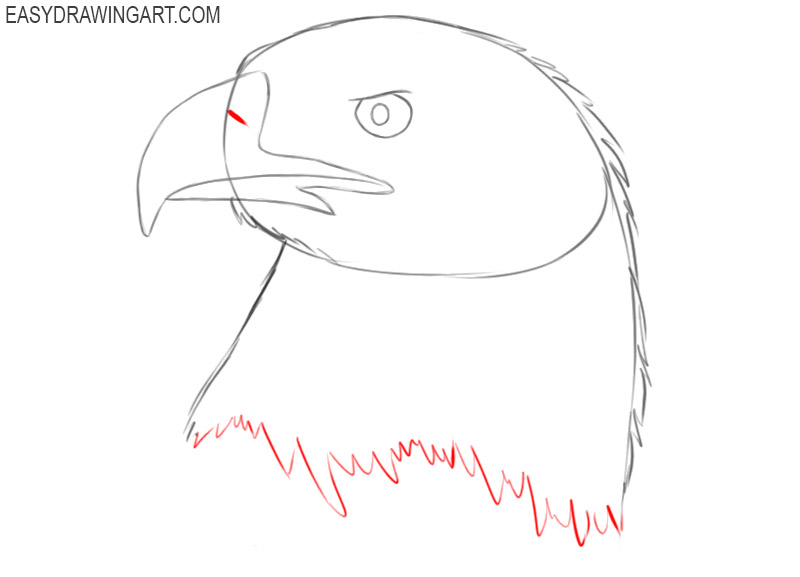 Erase the guidelines from the head and trace all the necessary guidelines with a darker pencil or ink. If you did everything right, then your eagle drawing looks something like this. 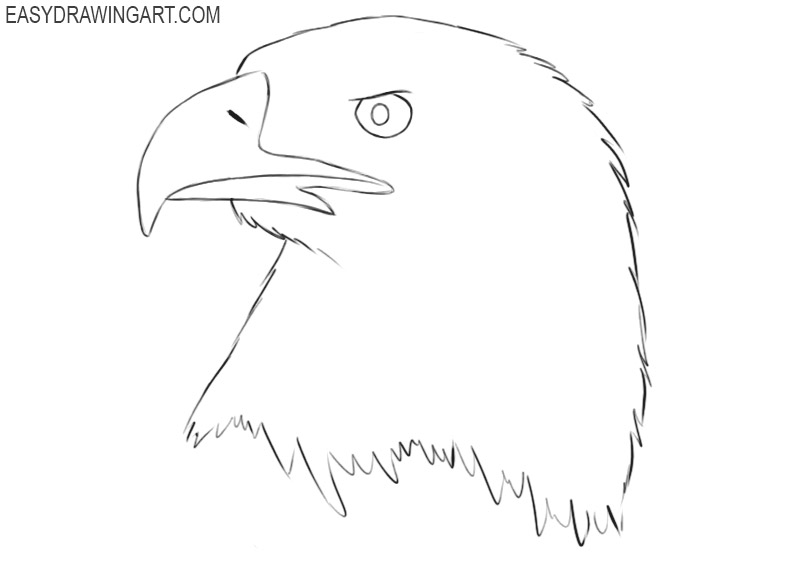 So, let’s now paint the eagle head. Paint the head white, the beak yellow, and the eye gray or yellow. That’s all, the instruction on how to draw an eagle head has come to an end.

That’s all, dear artists. Do you think the instruction on how to draw an eagle head was really simple? Write to us about this, as well as about what else you want to learn to draw. The team of Easydrawingart.com reads all your comments and answers many of them.