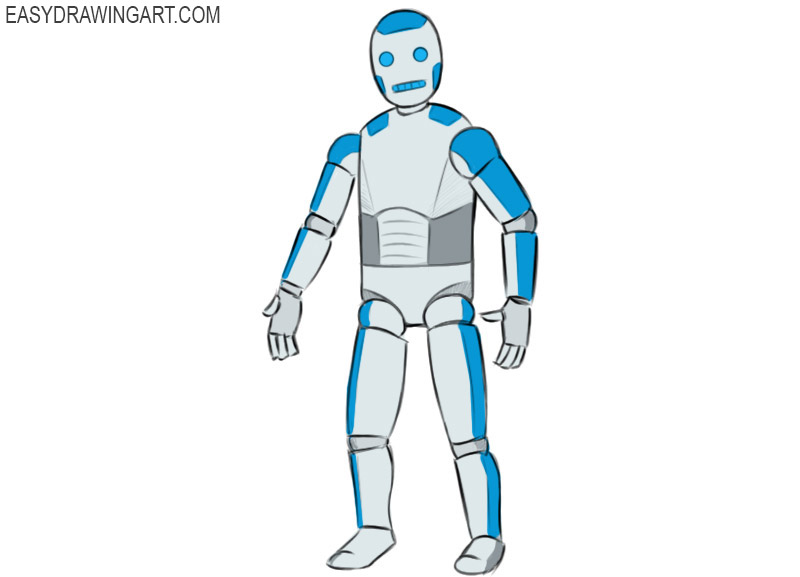 The readers of Easydrawingart.com often asked us to show how to draw a robot, and as you can see, this instruction is ready.

For maximum simplicity, we divided this article into ten simple stages, highlighting each new stage in red. This robot is made in a classic anthropomorphic form. You can use the basic tips from this instruction, but add some other details to get a different robot drawing from ours.

Let’s start drawing the robot from the head. To do this, depict a regular oval. Depict this neck that looks like a simple cylinder. 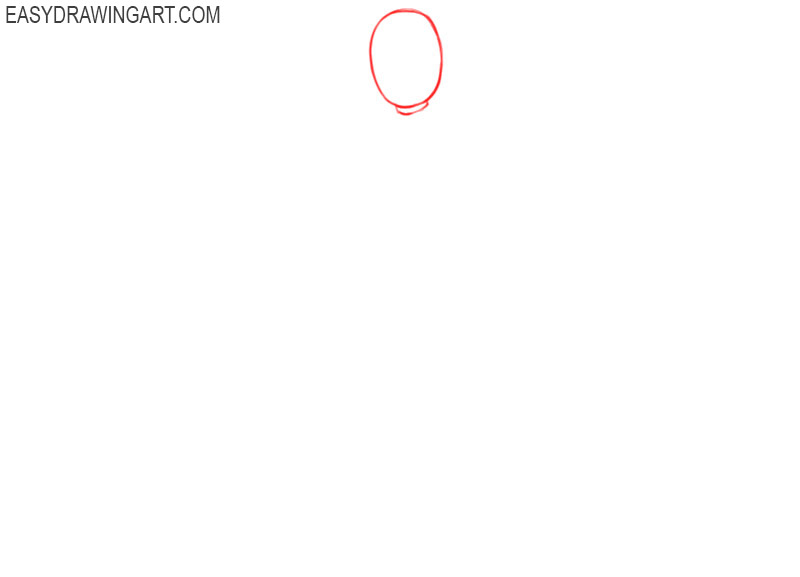 Next, depict the torso in the form of a rounded rectangle. You can repeat the torso as in our sketch or slightly change its shape, for example, narrow the waist. 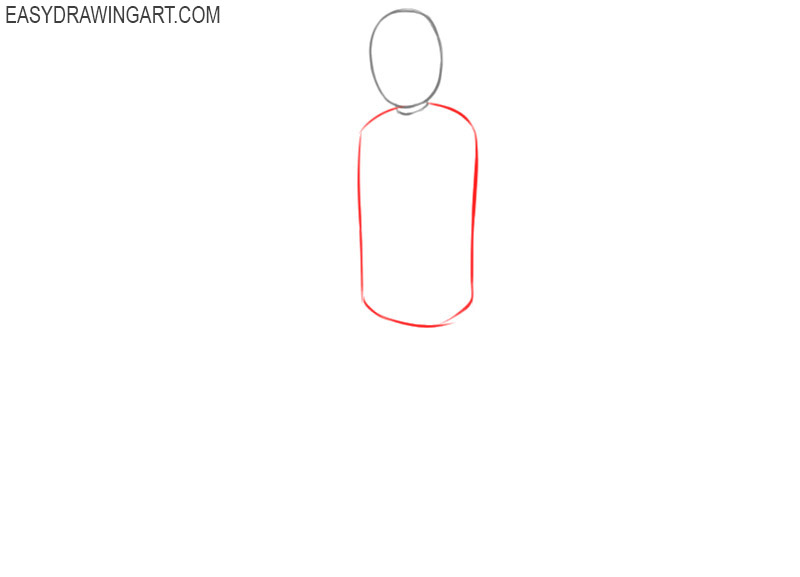 Use the balls to create the shoulders and elbows of the robot. The upper and lower arms look like cylinders. You can give the arms of the robot any pose. 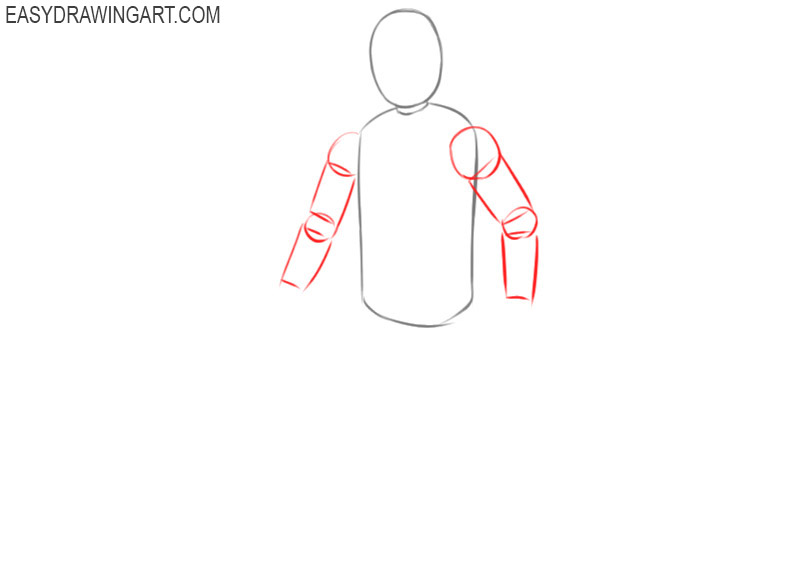 Draw palms and fingers, as did the artists of Easydrawingart.com. Our robot has anthropomorphic hands, but you can depict claws or some other form of palms for it. 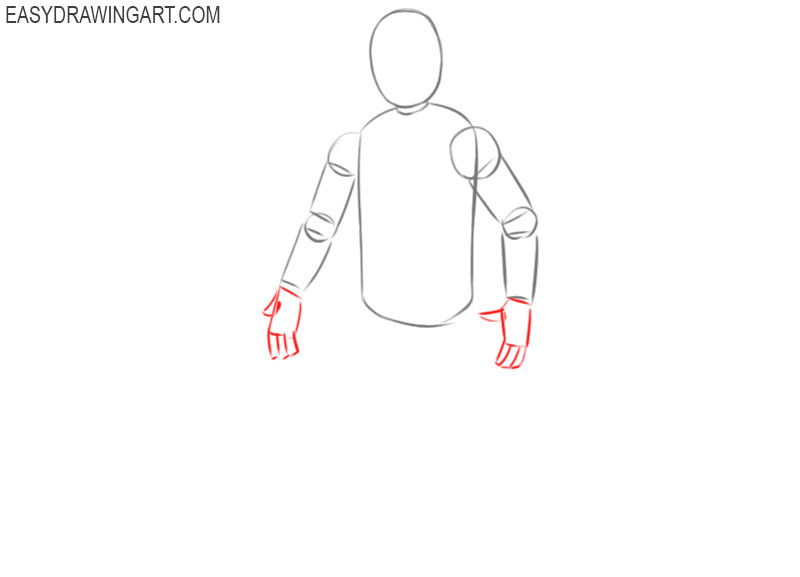 As in the third stage, depict the joints as balls. Next, depict the upper and lower legs in the form of cylinders. Complete the leg sketching by depicting the feet. 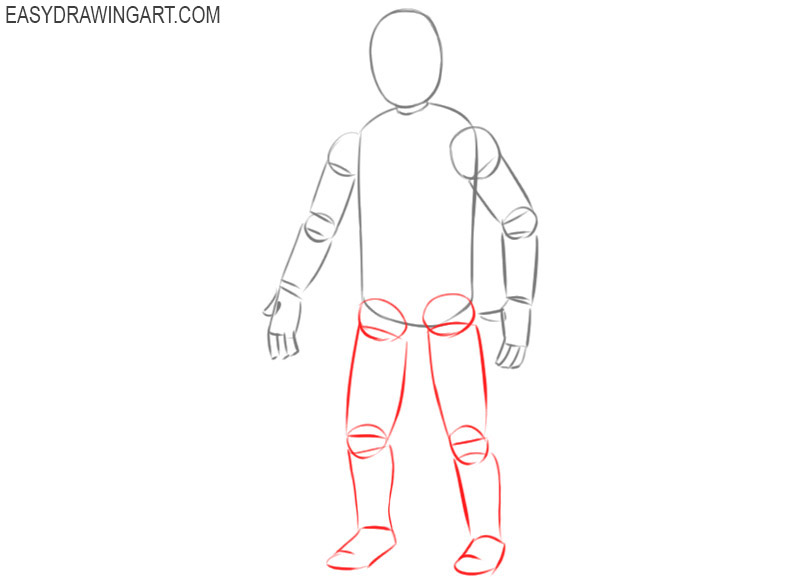 Now arm yourself with an eraser and wipe off all unnecessary guidelines from the robot drawing. If you did everything as in our example, then proceed to the details. 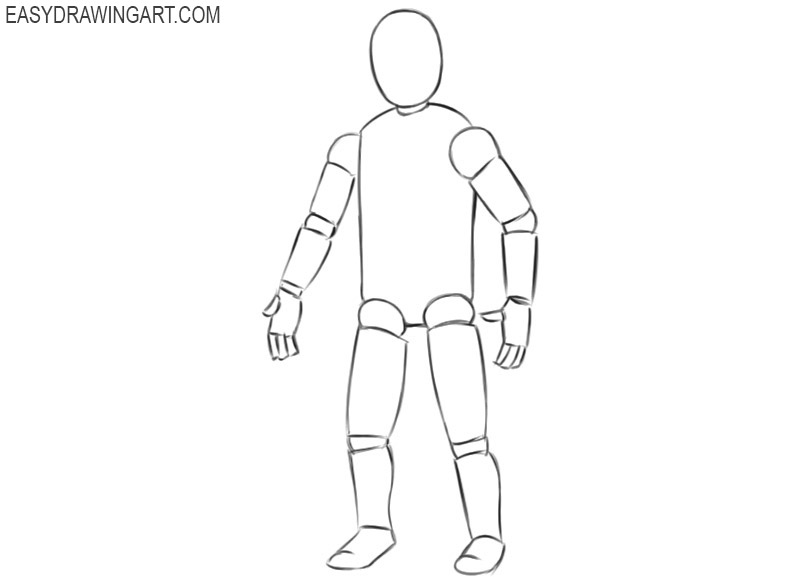 We decided to depict the chest and pelvis. Rather, the texture of these body parts, because the robot does not have a skeleton in the generally accepted concept of these words. 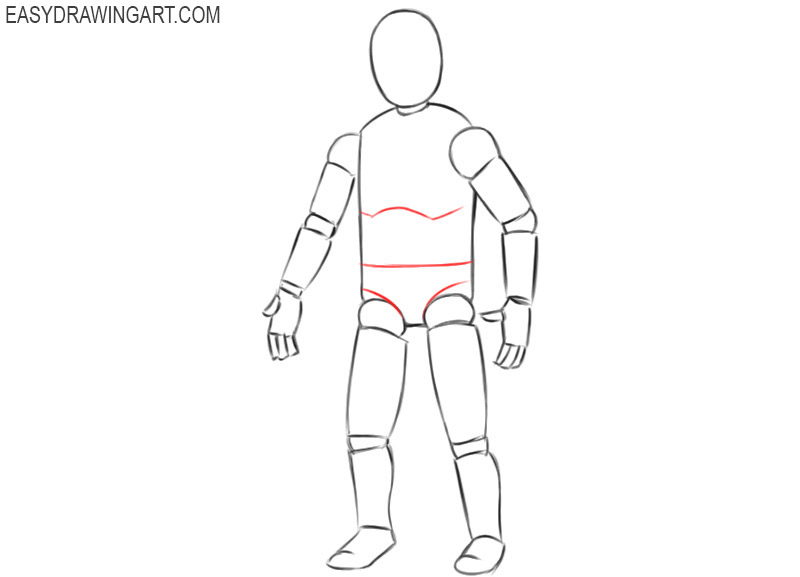 Using two simple circles, create the eyes of the robot. Next, depict a mouth. We decided to make a fairly classic, or further caricatured mouth. 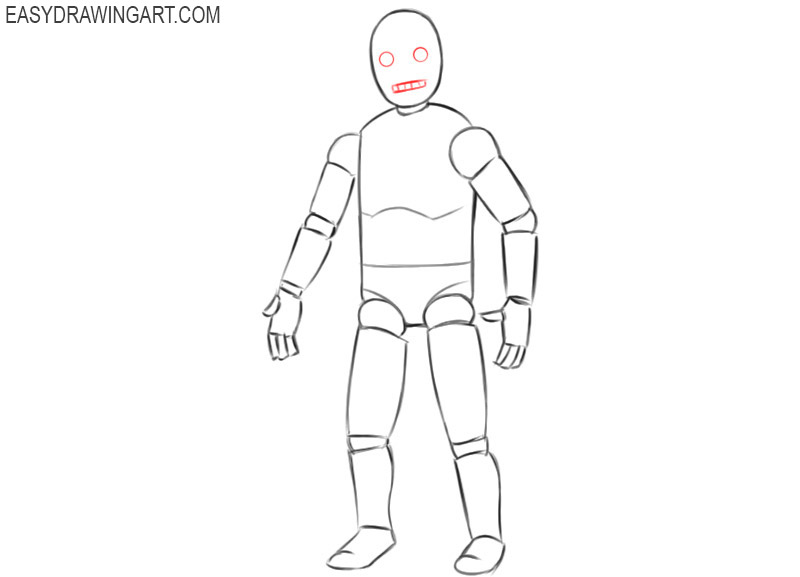 Let’s add decorative details. You can repeat everything as in the example from the artists of Easydrawingart.com, or come up with your own robot design and decorative lines. 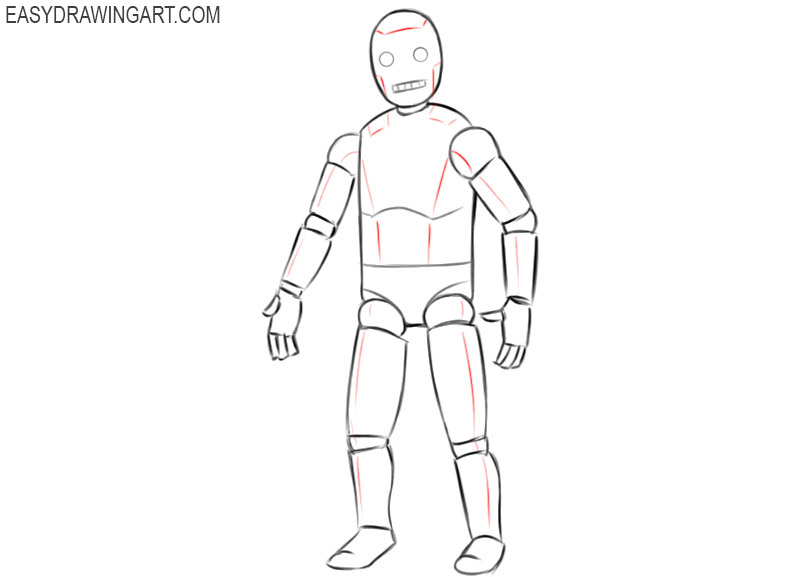 We decided to paint the robot in shades of blue and gray. It looks futuristic enough, right? But armed with your favorite colors, you can give your robot any look.

As we already said, you can draw a robot as in our example, or give it a slightly different appearance. One way or another, the stages of drawing a robot will remain unchanged, only the colors and final details will change.