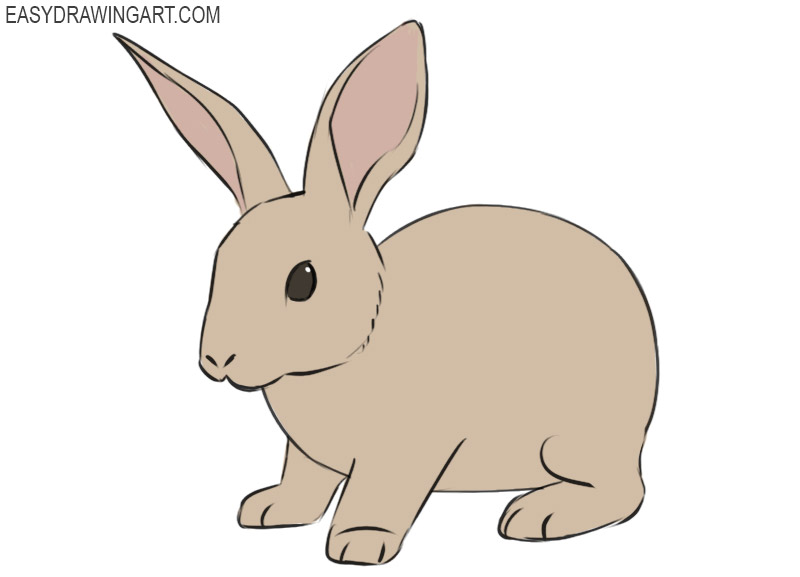 We start all our instructions with the simplest geometric shapes, and this article will not be an exception. Let’s start with the head, portraying it in the form of a ball and the body in the form of an oval. 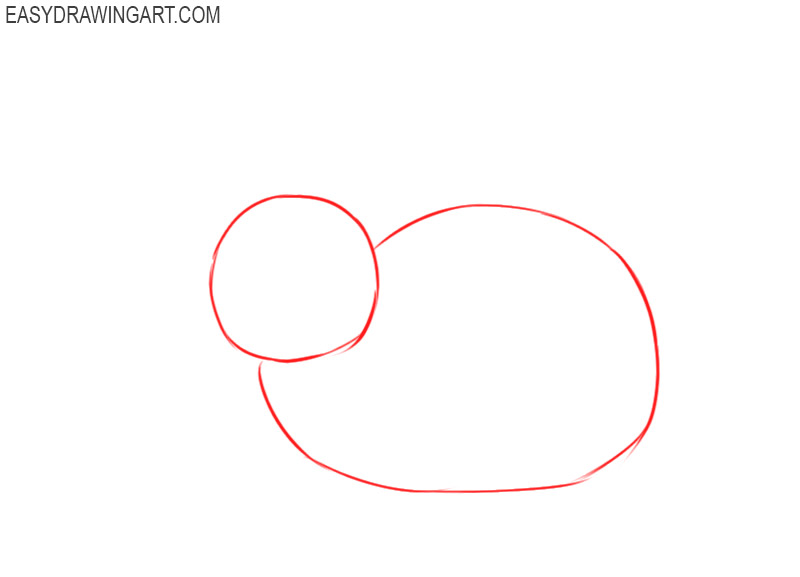 Starting from this stage we will use darker lines with sharper forms. Start with the muzzle of the rabbit and the furry cheek. The front part of the muzzle is similar to number 3. 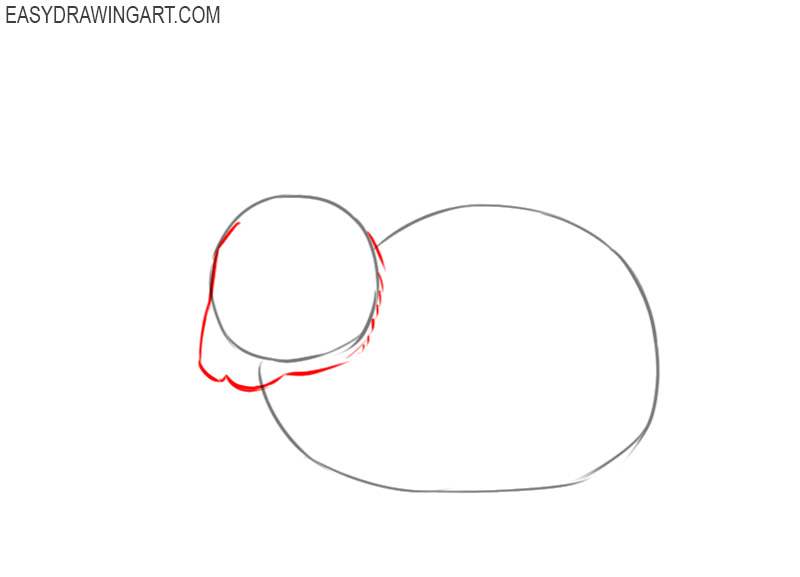 Just above the figure 3, depict the nostrils as two fairly thick dashes. After that, depict the big eye of the rabbit in the form of an almond-shaped geometric figure. 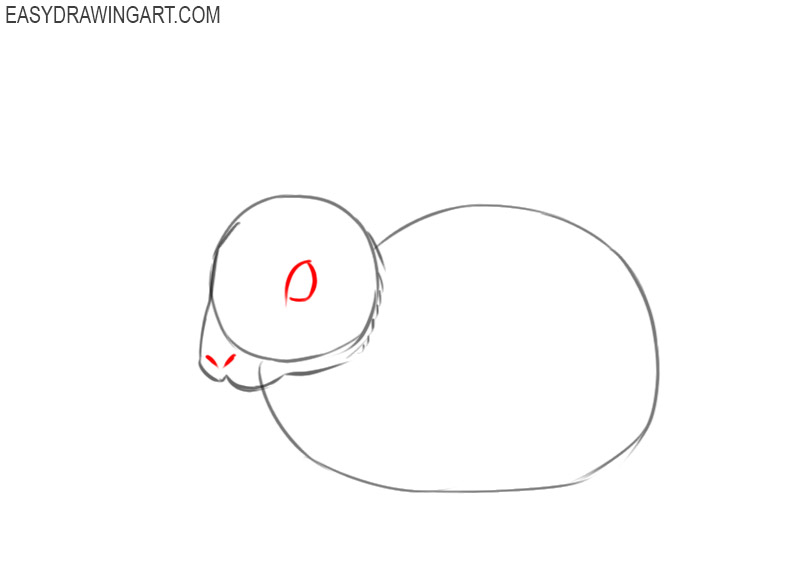 Now, using two very long geometric shapes, depict long ears, as did the artists of Easydrawingart.com in the artwork lower. 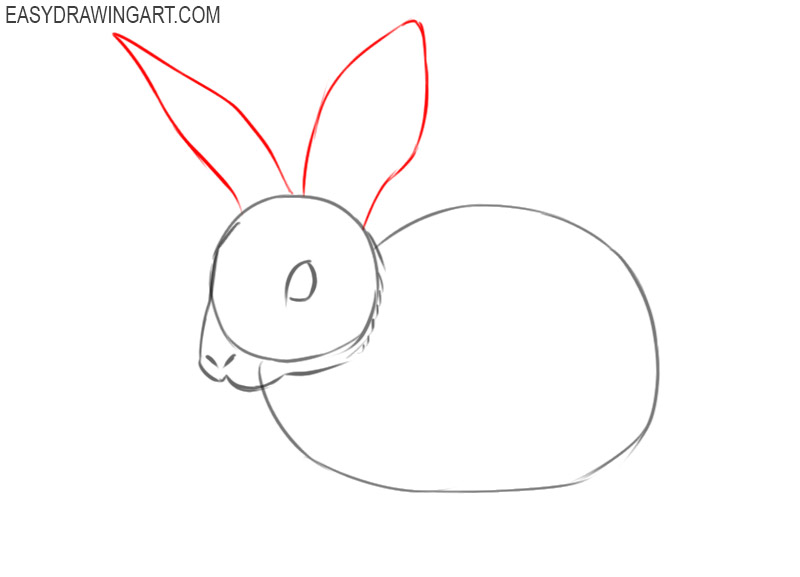 Now let’s give the ears of a rabbit a more natural and regular look. To do this, portray lines inside each ear. So,our sketch is becoming more and more like a rabbit drawing, isn’t it? 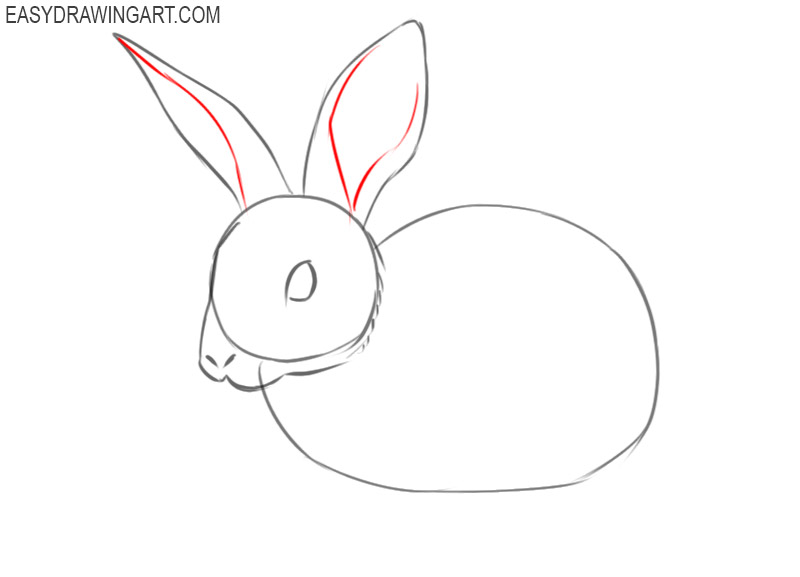 Now, using a few simple lines, depict the front legs of the rabbit with rounded fingers on each paw. By the way, the front paws are very similar to the cat’s paws. 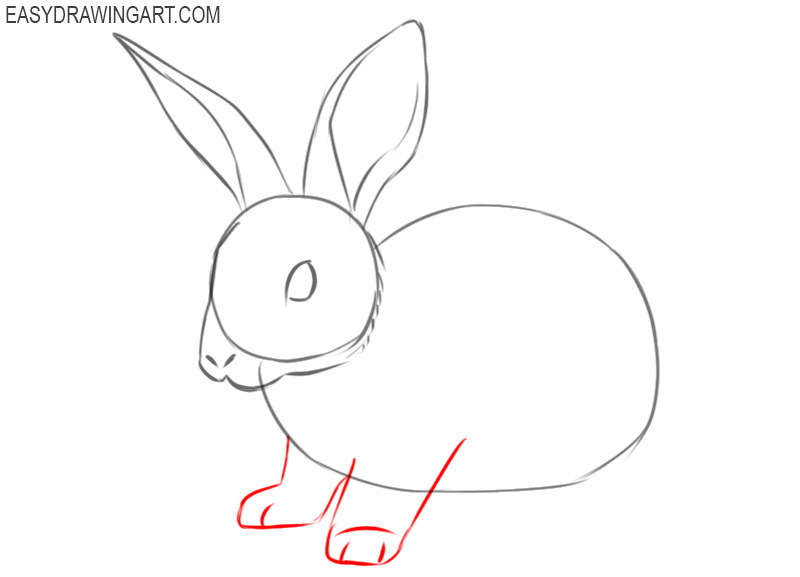 Now let’s move on to the back of the rabbit and depict the visible hind paw. It should be slightly longer than the front paws. 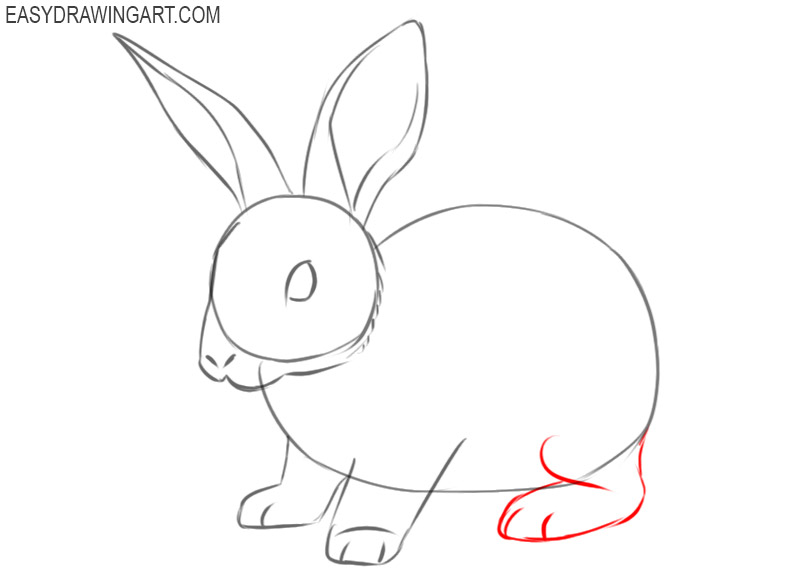 So, now wipe off all the auxiliary guidelines from the rabbit drawing, then take a darker pencil, ink or marker and darken the image to give it a sharper look. 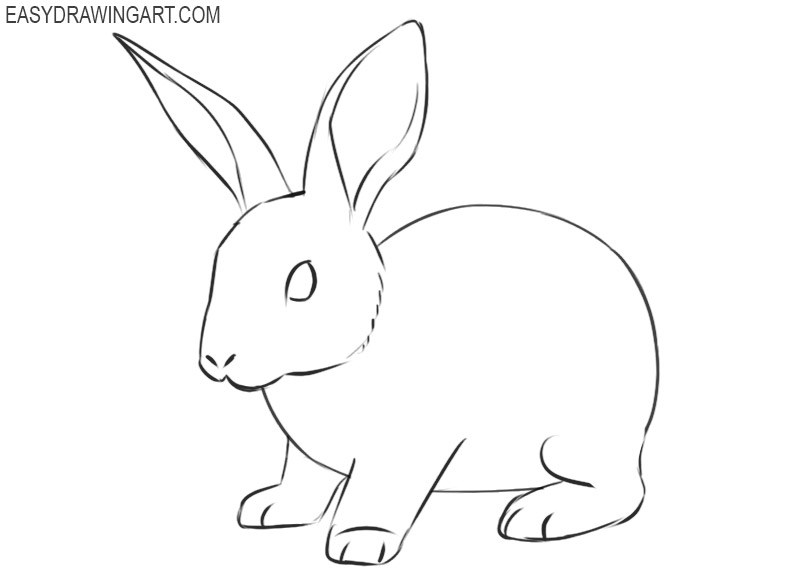 So, the nine super easy stages behind and the team of Easydrawingart.com really hopes that now you have learned how to draw a rabbit. But that’s not all. You can slightly modify your rabbit drawing. You can add some shadows or grass and trees in the background.

That’s all, dear readers of Easydrawingart.com. Write to us your opinion, subscribe to our social networks and share your artworks with us.