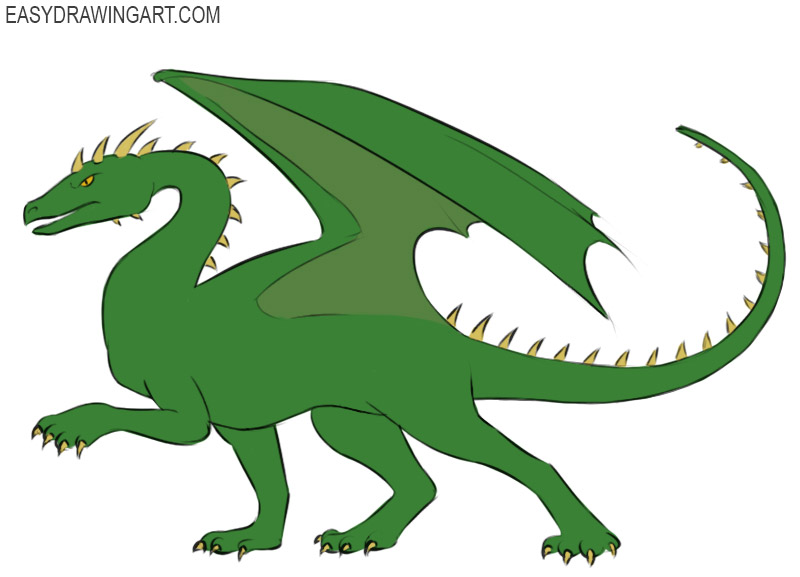 In this drawing lesson we will tell you how to draw a dragon. There are many varieties of dragons, but we decided to choose a dragon that looks like monsters from legends about medieval knights and princesses.

We outline the body of our guest from fairy tales using circles and wavy lines. The head is shaped by the longest figure. The body is formed by two figures that look like two ordinary circles. 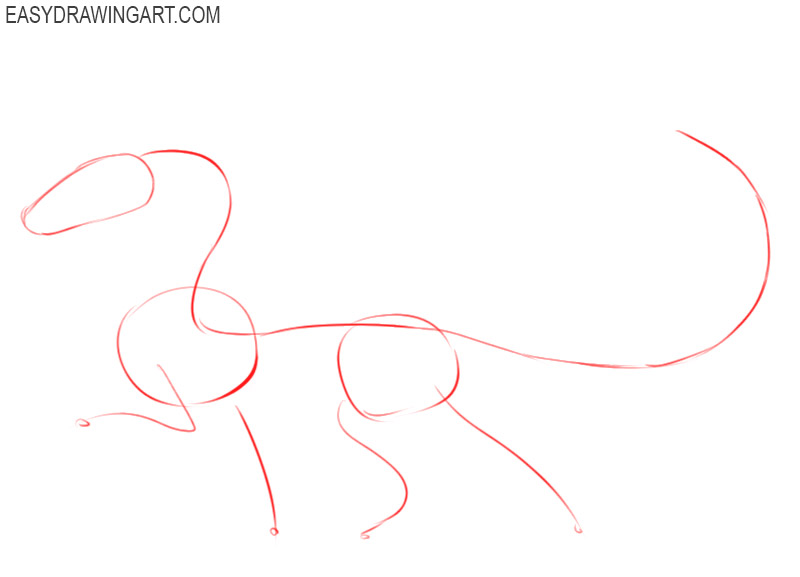 Draw the neck so that it has a smooth extension downward. The line that we will draw should have a more noticeable bend than the neck line from the first step. Draw an eye and a long elongated mouth. 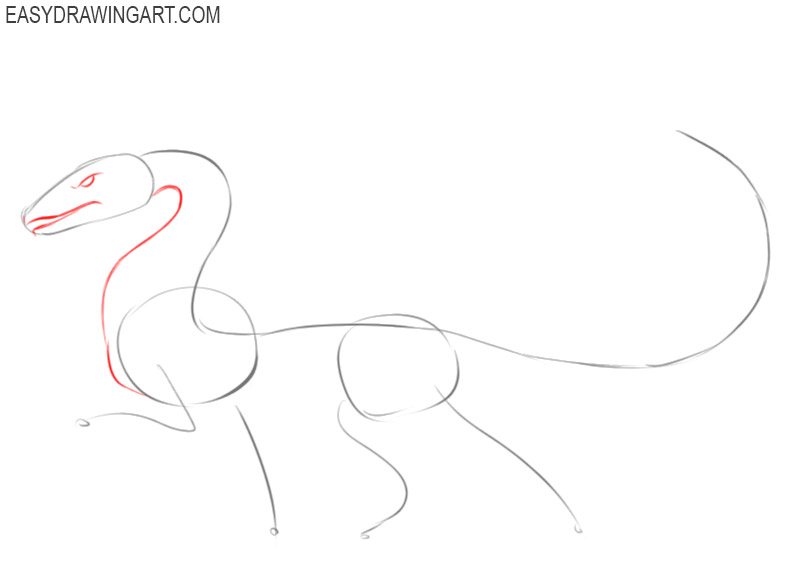 Now draw the outline of a wide powerful wing. Now it looks like an acute angle that is located above the back of our fairytale lizard. Also draw the body of the dragon using the bottom line. It is interrupted in the pelvic area as you can see. 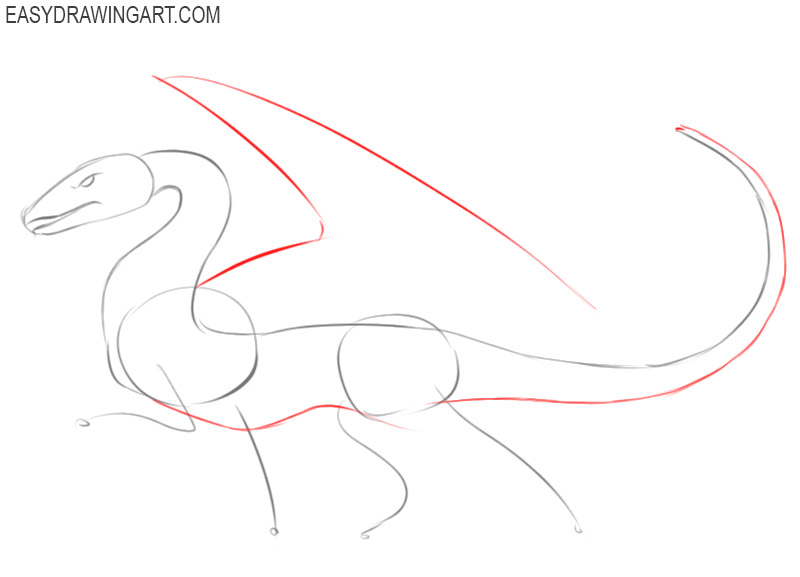 Draw the contours of the paws. Use smooth lines that will convey the graceful bends of the limbs. Paws should expand downwards. Near the fingers should be a slight smooth thickening. 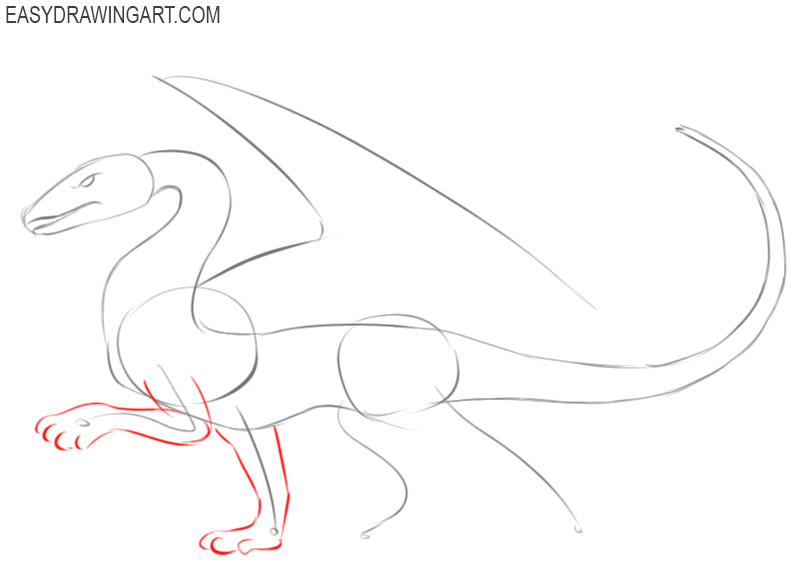 We depict the hind legs of our dragon. They differ in length and shape due to the angle and posture. Paws have a thickening in the upper part. 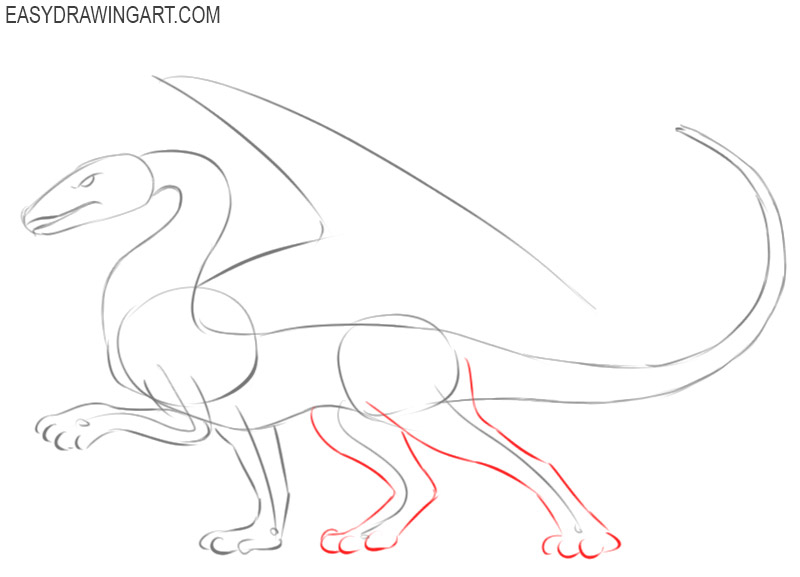 Let’s make our dragon’s wings even larger. To do this, we draw their upper contour. The back of the wing should have smooth cuts. 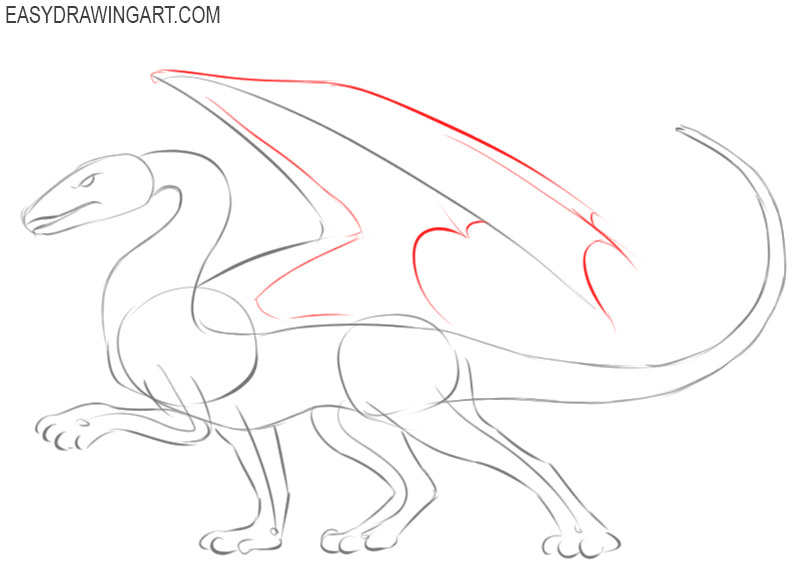 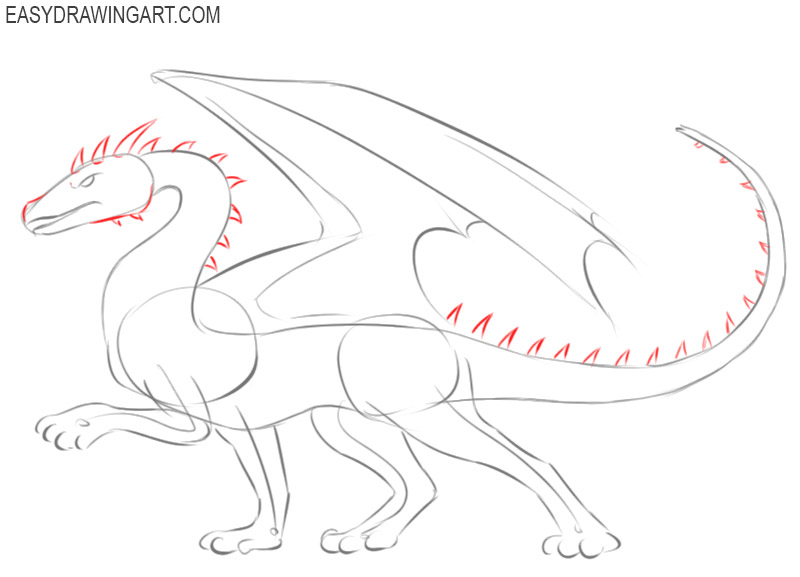 So we continue this drawing instruction on how to draw a dragon. Add short sharp claws to each finger. Claws should be slightly bent downwards. 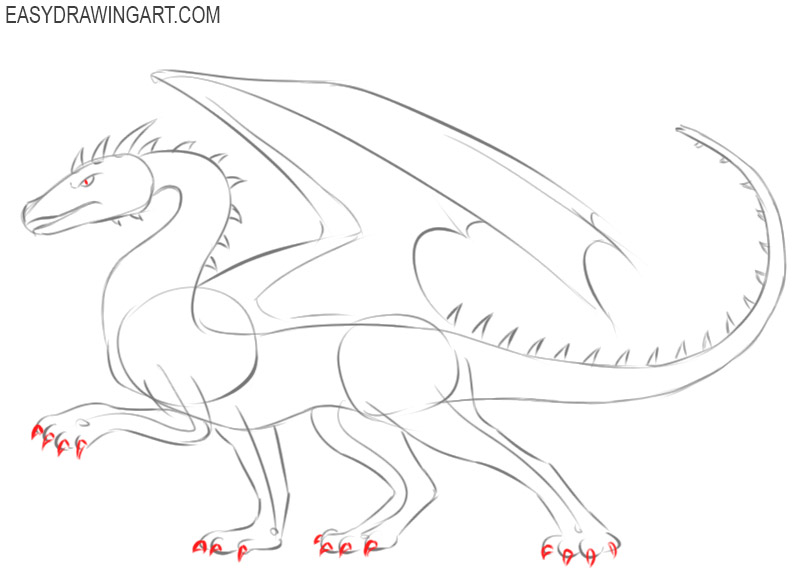 Also we carefully look at our dragon, evaluate the correct proportions and elements of each part of the dragon’s body separately. We remove the extra lines from the previous steps.

There are several colors for dragon skin. Sometimes they are given a sand or brown color. There are also famous drawings with black dragons. We decided to paint the dragon in a traditional green color.

How do you like this lesson? We hope you enjoyed it because we are creating these lessons just for you. If you didn’t get such a dragon as you wanted, you should write to us about where you met the greatest difficulties. You can also see simpler instructions such as a lesson on how to draw an apple.