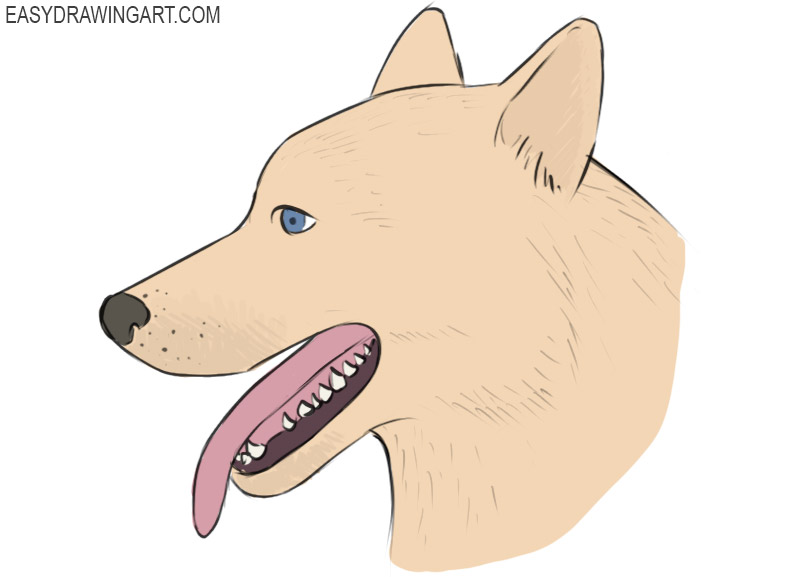 In one of the previous instructions, the team of Easydrawingart.com showed you how to portray a dog, and now we will show how to draw a dog face. This instruction will be traditionally super simple and is suitable for portraying the dog’s face of almost any breed.

So, firstly portray the face of the dog in the form of a simple ball. Then, using two simple lines, depict the neck. 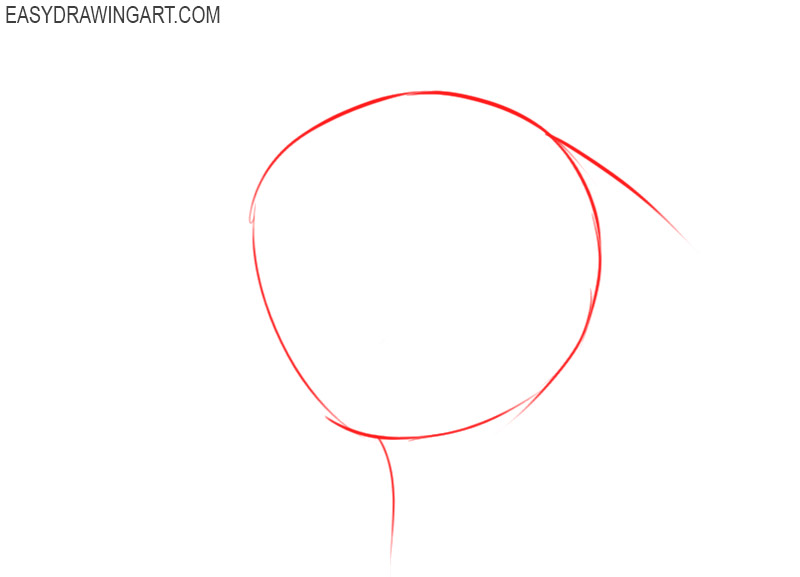 Now let’s get down to details. Let’s start with the muzzle and depict the upper part of the mouth with the help of a U-shaped line. 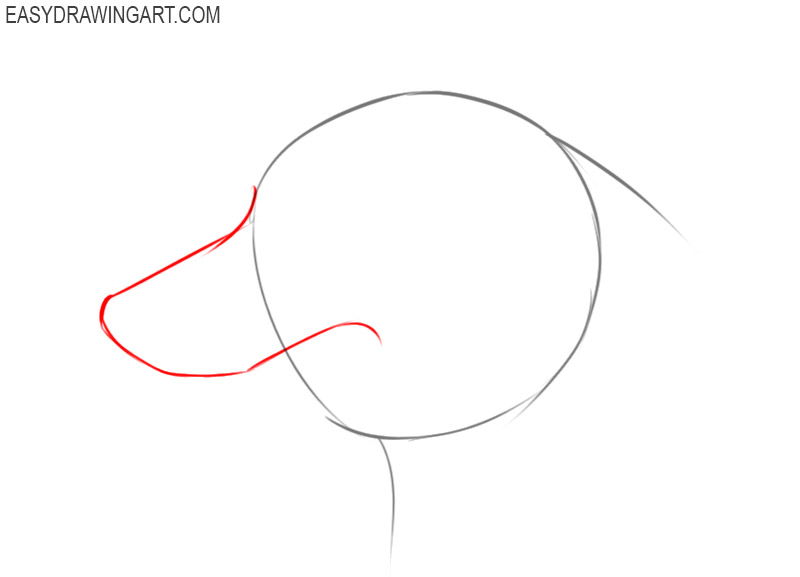 At this stage of the instruction on how to draw a dog head, you should move down a bit and depict the lower jaw as in the example from the artists of Easydrawingart.com. 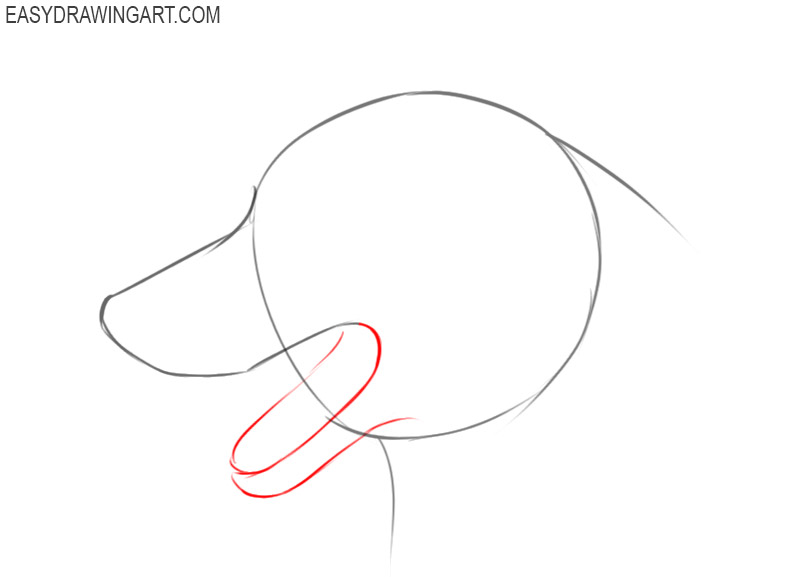 Depict the top surface of the head and slightly pointed ears. You can depict either such ears or hanging like a labrador’s. 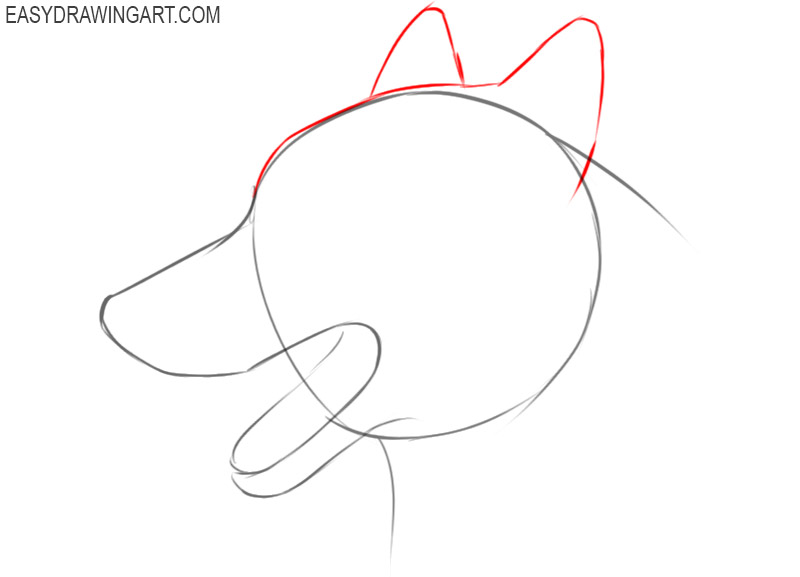 So, back to the face of the dog and portray the eye using an almond-shaped geometric shape. Portray the nose as in the artwork below. 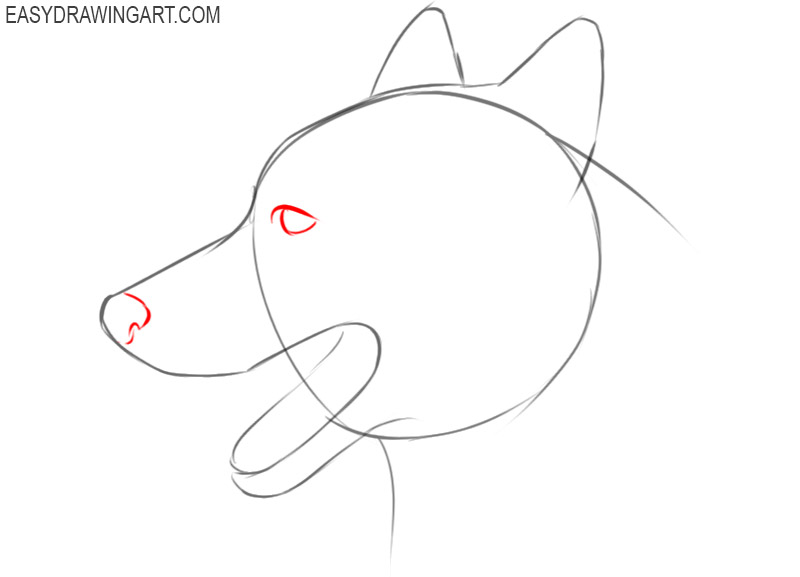 Using a pair of simple curved lines, portray a tongue hanging from the mouth. Finish the sixth stage by depicting the lines in the ears. 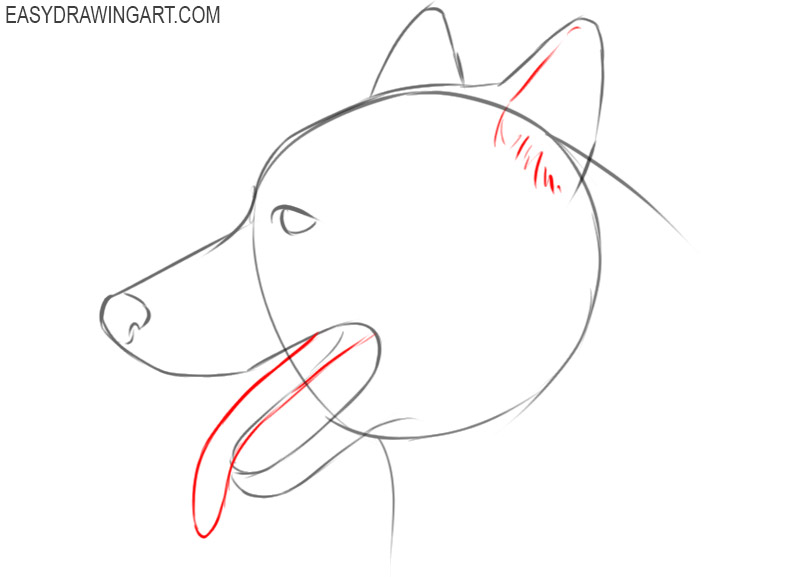 Now again we pass to the muzzle and depict sharp teeth and the visible part of the gum. In our example, only the lower teeth are visible. 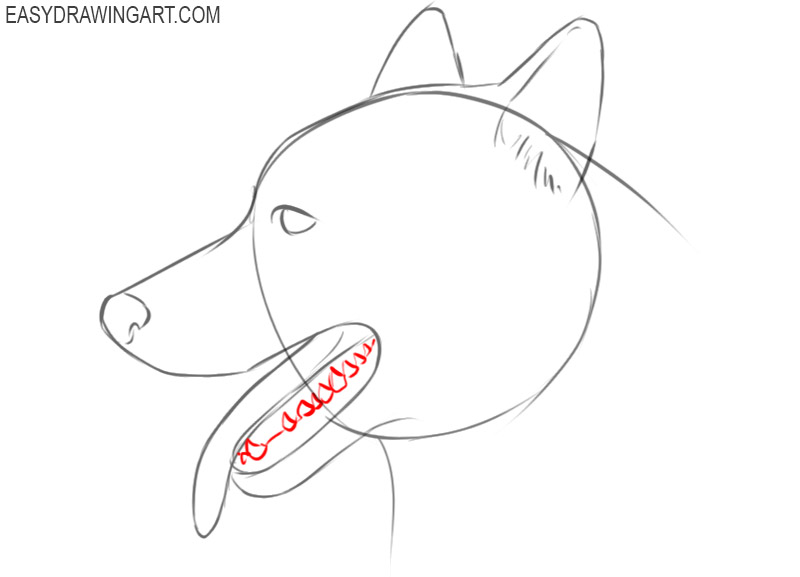 Get rid of the auxiliary guidelines and trace the dog’s head with dark lines or ink to finally get a clean and aesthetic result. 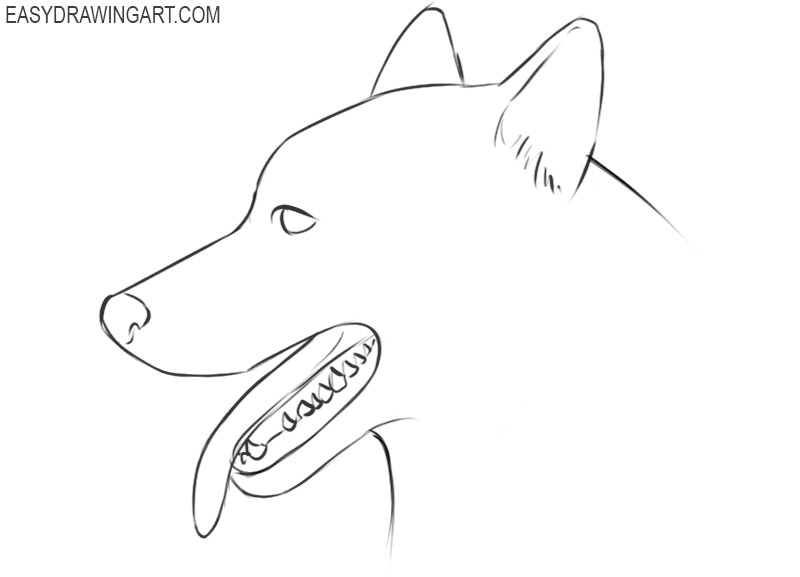 Let’s now get down to the finishing touches. On the muzzle, depict the mustache points, and the hairlines in the rest of the face. 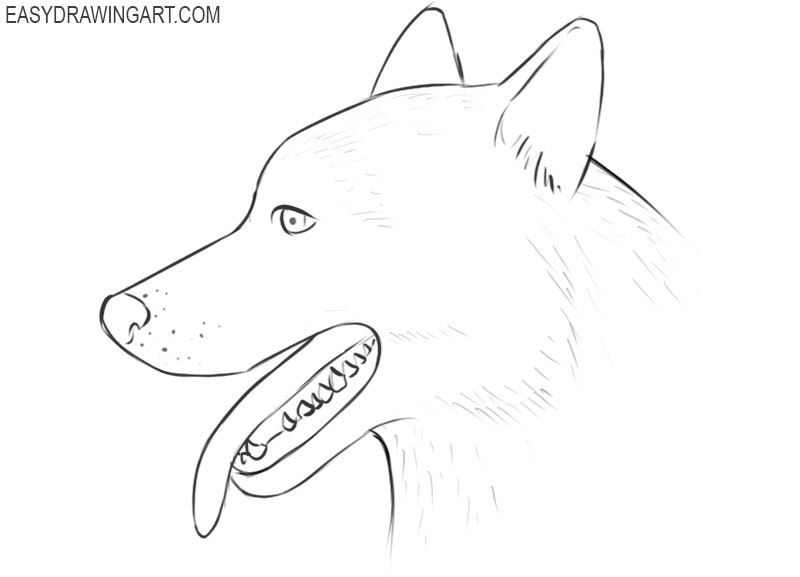 So, let’s paint the dog head. You can use the colors from the example of the artists of Easydrawingart.com or come up with a different color because you can see dogs of various colors.

That’s all, dear artists. If you read these lines, then most likely you have learned how to draw a dog face. If not, be sure to write to us about what caused you problems. Your opinion is very important to us. The team of Easydrawingart.com reads all your comments and responds to many of them.