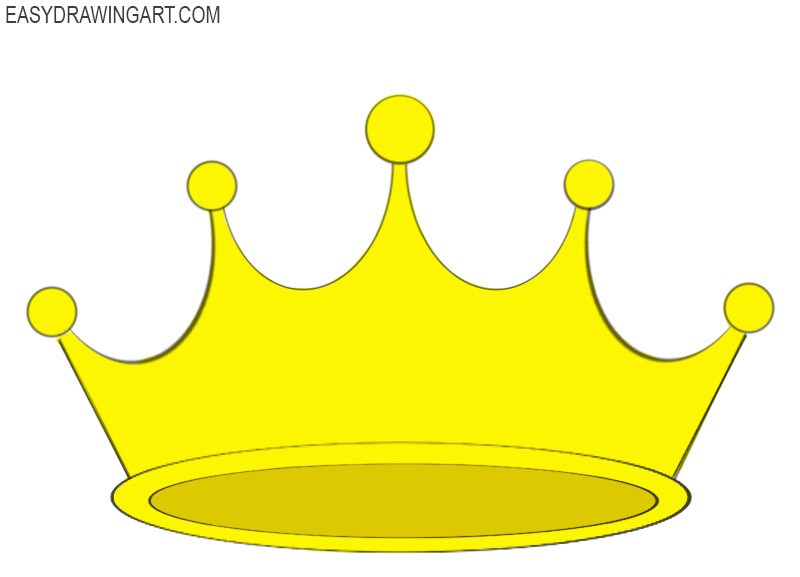 This lesson will be super simple, and today we will show you how to draw a crown using seven literally elementary steps. Crowns actually existed of a wide variety of species, but we decided to choose the most classic look.

We decided to draw the crown with a bottom view. To do this, we first depict the bottom line with a simple oval. The most important thing here is to draw the oval most symmetrically and evenly. 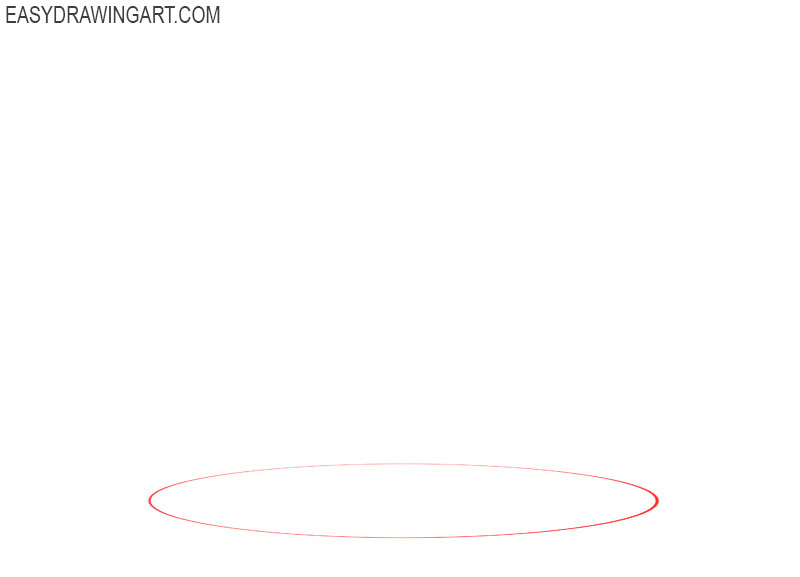 Now depict another oval that should surround the oval from the previous stage. This oval should also be as even and symmetrical as the artists of the Easydrawingart.com did. 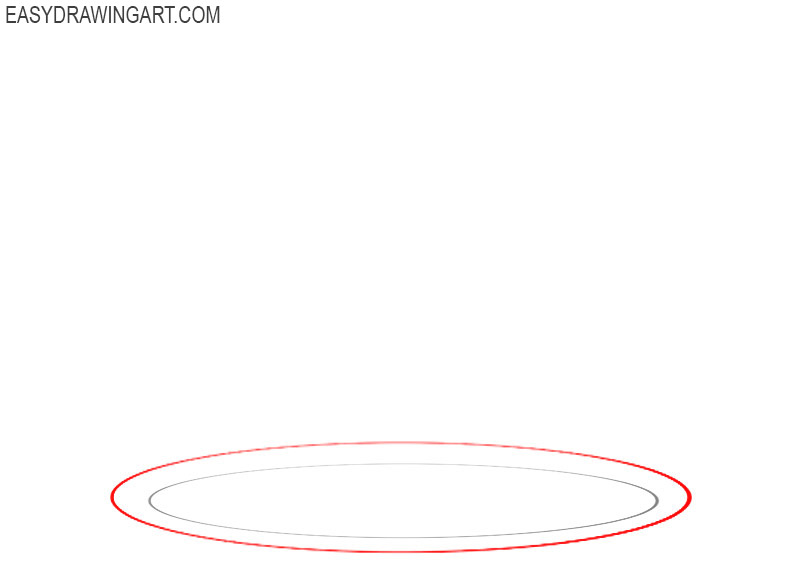 Using two simple and straight lines, draw the side faces of the crown. These lines should slightly diverge to the sides, to give the crown drawing a more elegant look. 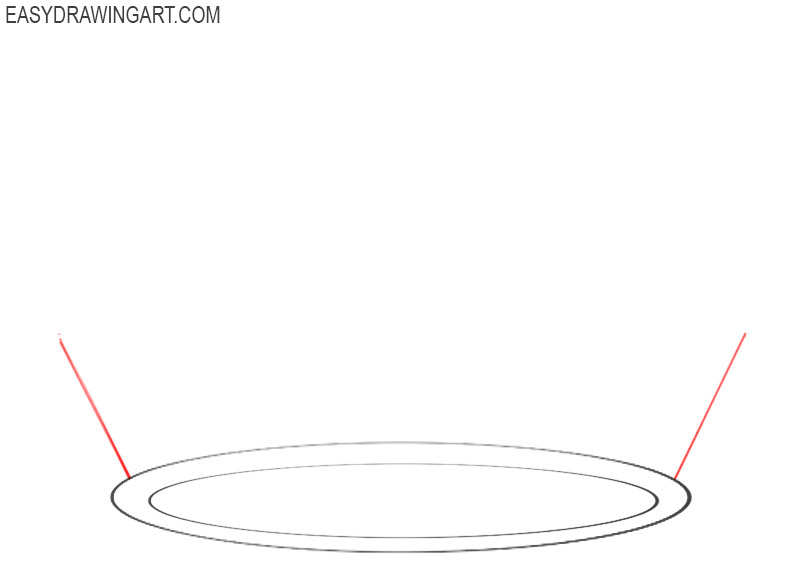 A very difficult stage in the lesson on how to draw a crown easy. Using two curved lines, depict the crown prongs located on the sides. 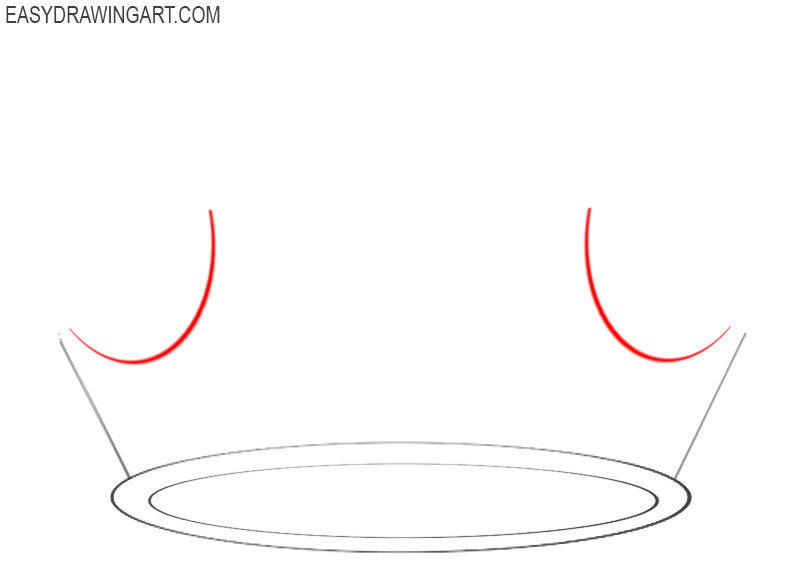 Now do the same with the middle prongs. It is very important to make sure that all the teeth of the crown are as symmetrical as possible. 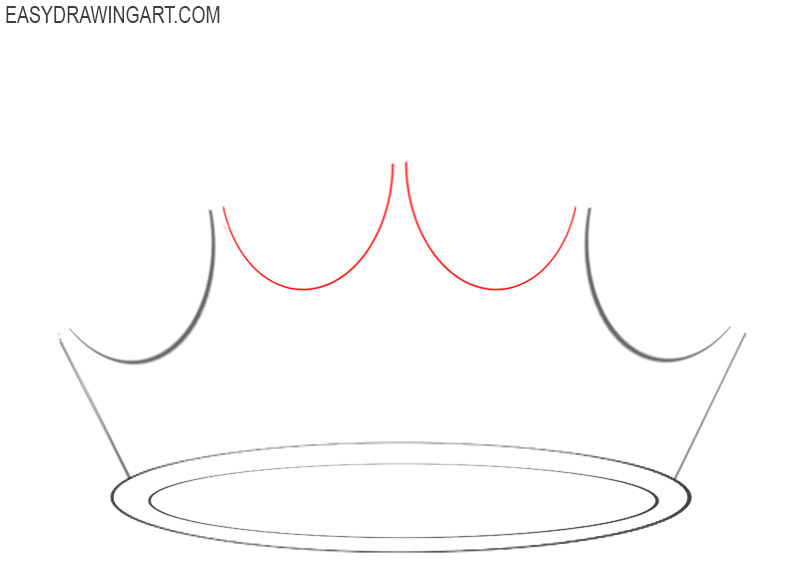 Now, with five circles, complete drawing the prongs of the crown. In addition to the details we have drawn, you can add gems to slightly more diversify your picture. 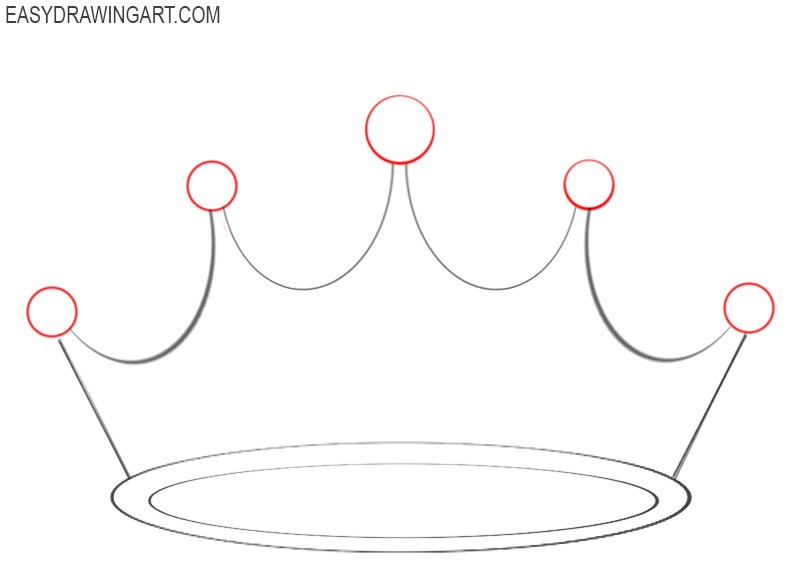 Crowns are most often gold (color similar to lemon color), as you can see in the example by the artists of Easydrawingart.com. But they can be silver or platinum, and the color, respectively, in this case will no longer be yellow, but lighter, closer to white.

Humanity has existed for many millennia, and there have always been those who have tried to seize as much power as possible. In ancient times, there were eastern despots, in the Middle Ages kings, and now dictators of various kinds somehow usurp power in different countries of the world. But time erases the worst, and now we remember the kings, first of all, not because of their tough autocracy, but because of their outfits and lifestyle. And as artists at all times painted kings, today we have learned how to draw a crown – a symbol of this very autocratic power.