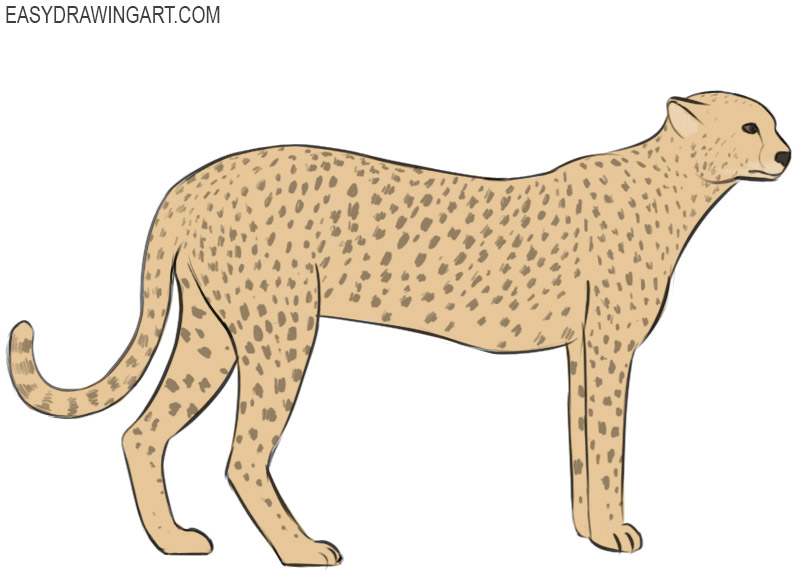 Firstly, depict a round head, oval chest and pelvis. Using a long and smooth line, connect all these parts and portray a tail. Using the same simple lines, depict the limbs. 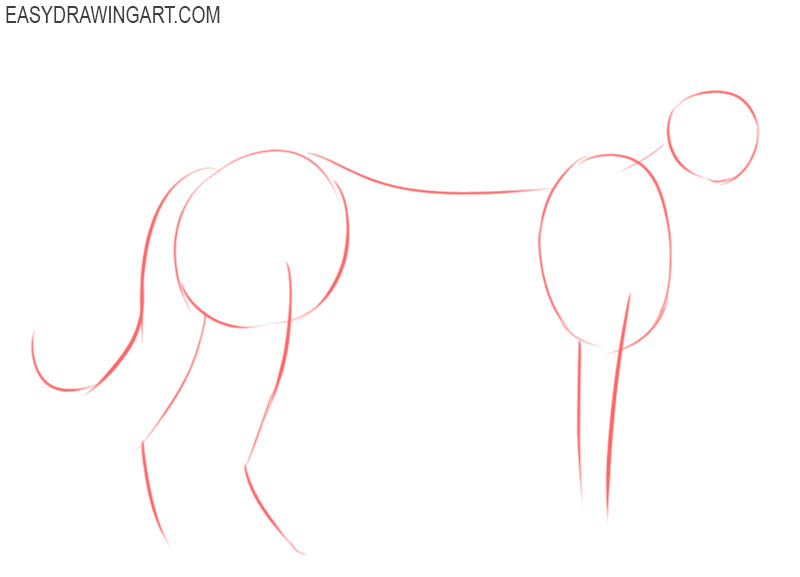 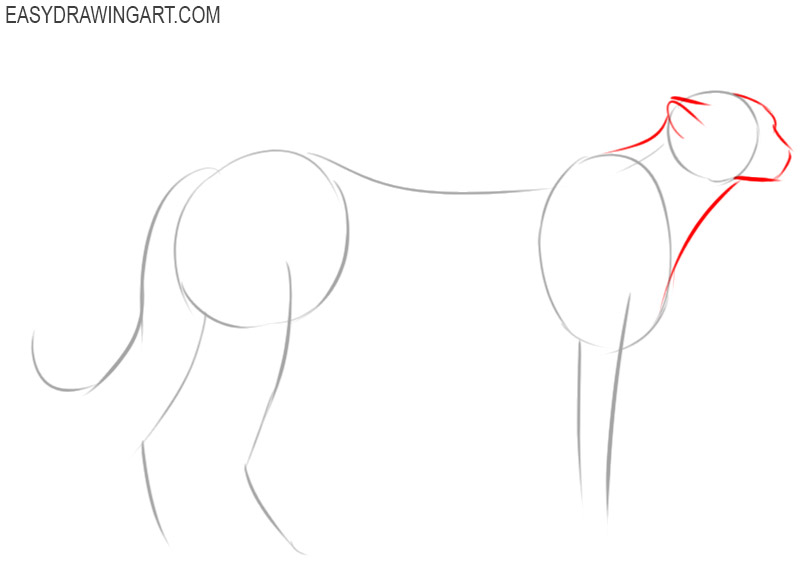 Now depict the volume of the forelimbs without forgetting to depict rounded paws in the same way as did the artists of Easydrawingart.com in the sketch below. 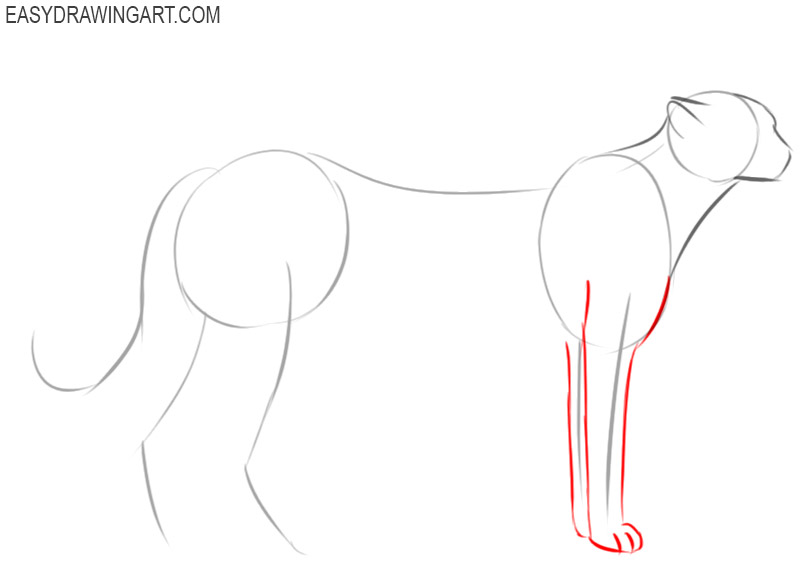 Connect the chest and pelvis at the bottom and create the belly of the big cat. After that, depict the back that smoothly goes into a long and rounded tail. 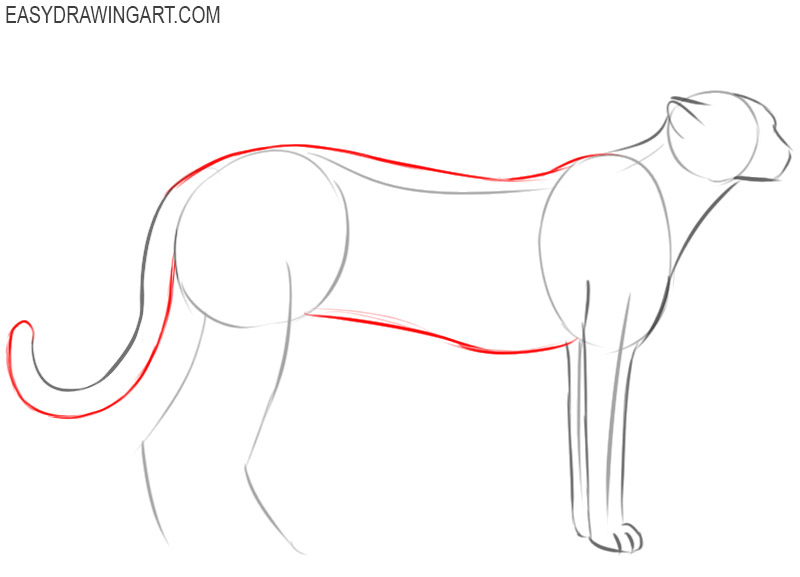 In this stage of the instruction on how to draw a cheetah, depict the hind limbs, which are slightly different from the front in shape. After that, depict the rounded fingers. 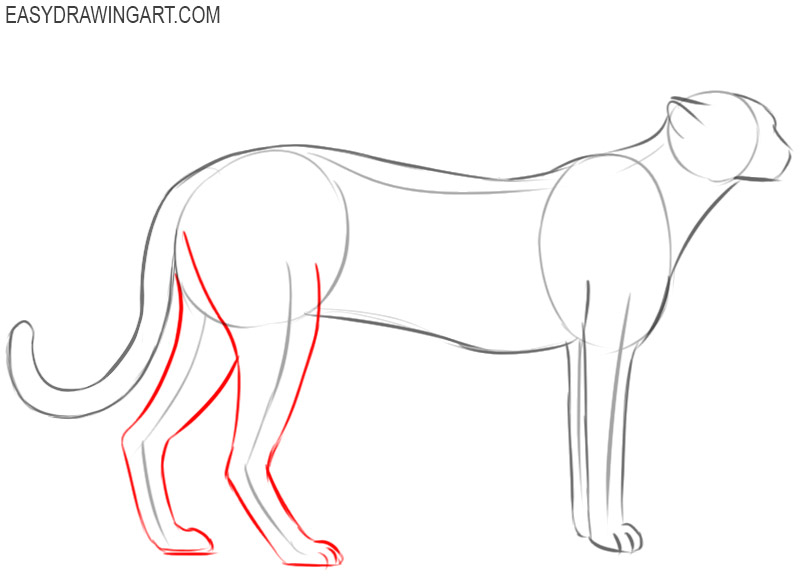 Now arm yourself with an eraser and use it to wipe off the guidelines from the cheetah drawing so that it becomes clean and beautiful. 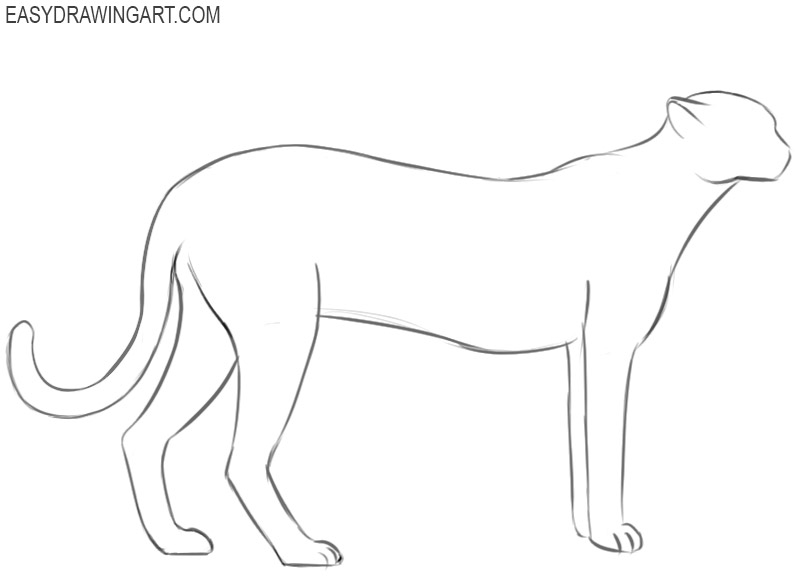 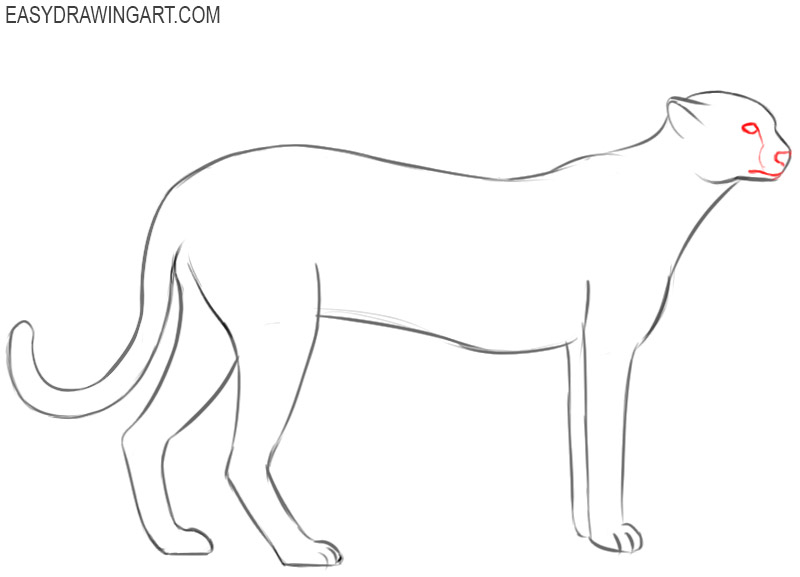 Now add the famous cheetah body pattern. Consider the bends of the body so that the cheetah’s body is really voluminous and aesthetic. 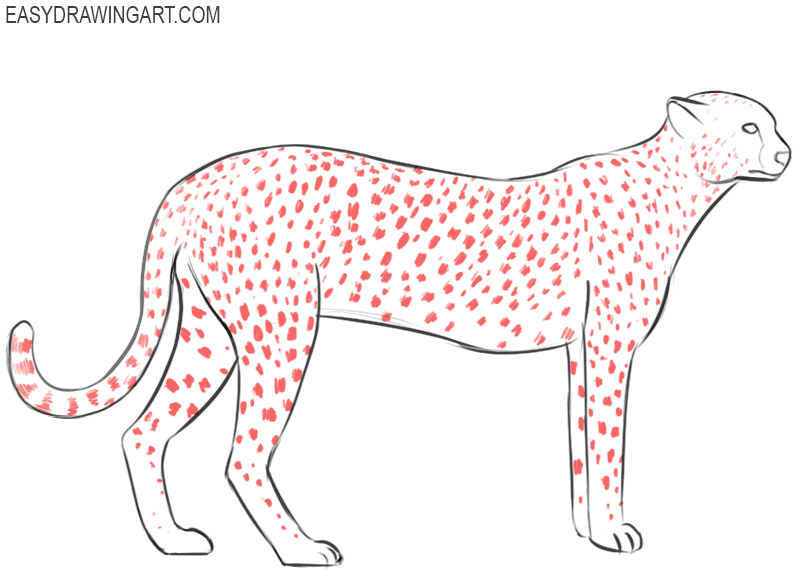 So, if you did everything correctly, then your cheetah drawing should look like in the image below. Let’s move on to the last stage of the instruction on how to draw a cheetah. 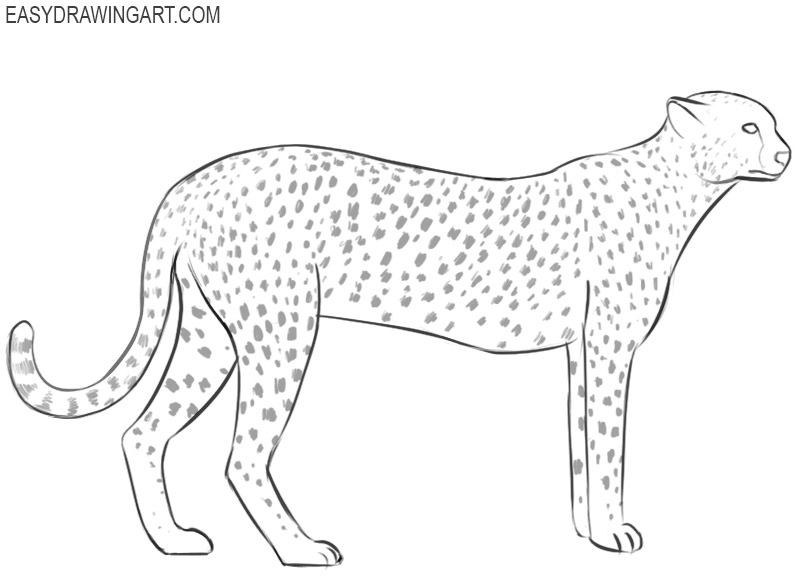 So, that’s all, dear readers of Easydrawingart.com, the instruction on how to draw a cheetah has come to an end. What can you say about this article and about the Easy Drawing Art as a whole? What animal drawing instructions would you like to see? Write to us and subscribe to Easydrawingart.com on social networks.