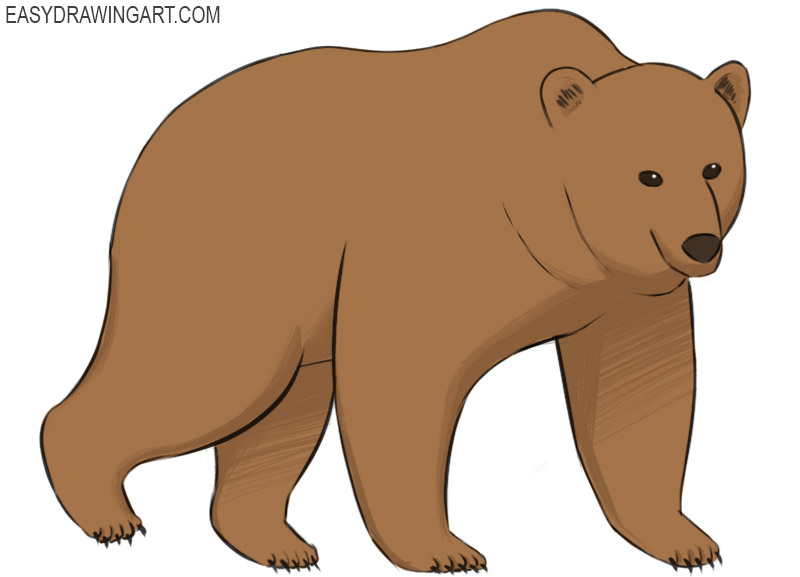 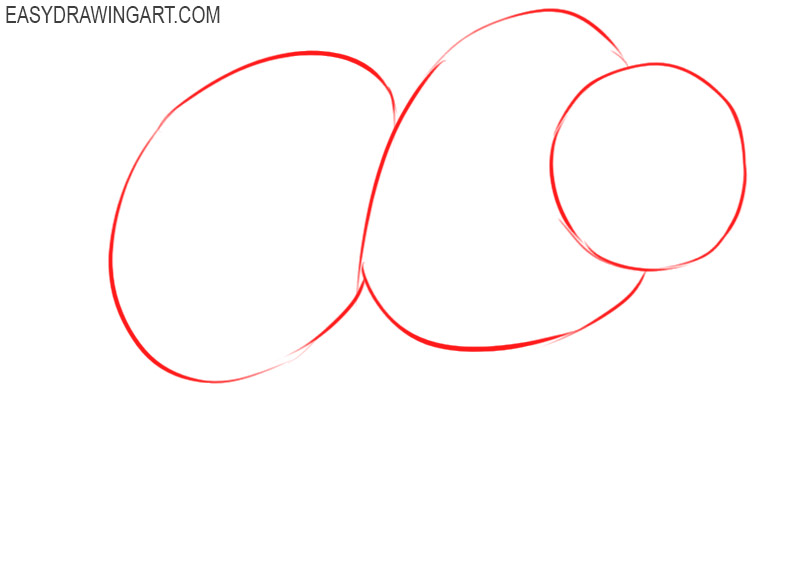 Now, using two simple and light lines, connect the chest and pelvis creating the torso. Next, portray the arms and legs with simple lines. 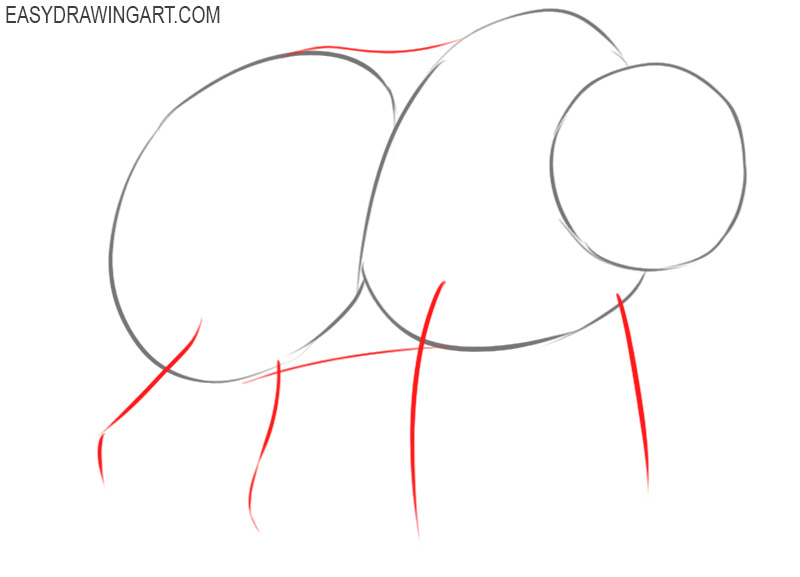 Let’s now move on to the bear’s head and depict his eyes. Next, go to the top of the head, after taht create two ears. Remember to depict two lines of cartilages inside the ears.

Using a long U-shaped line, depict a muzzle, at the end of which portray a triangular nose. From this point of view, the mouth is not visible. 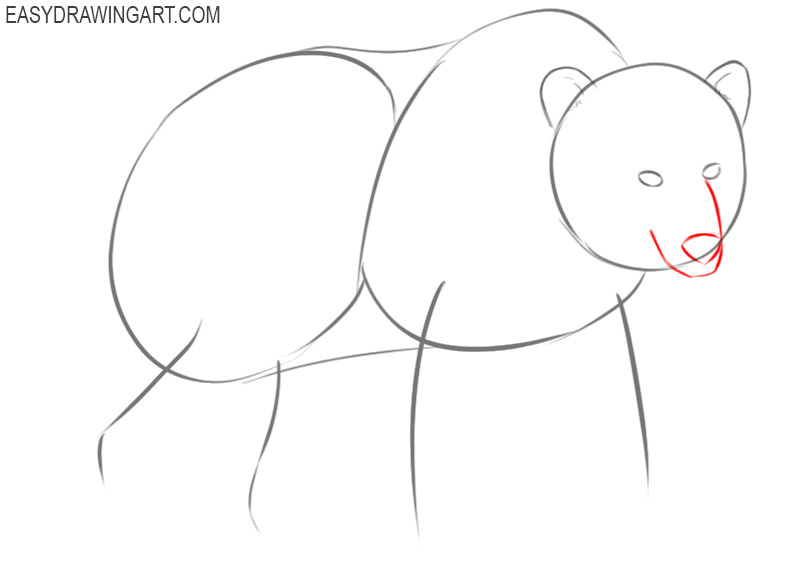 Now, using two light lines, connect the neck to the chest. Add a couple of folds to the bottom of the neck. Now, with a few simple lines, make the forelimbs more voluminous. 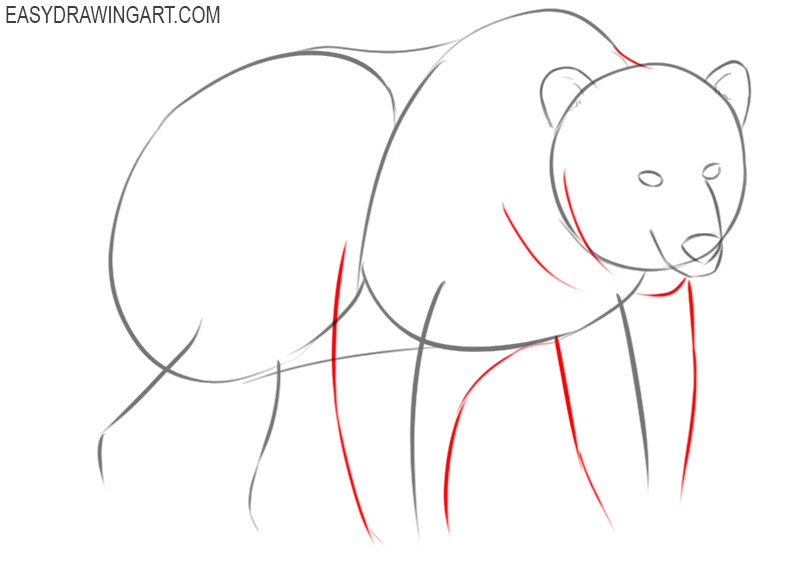 Now go to the bottom of the forelimbs and depict paws and fingers with sharp claws. The bear has five fingers on each paw. 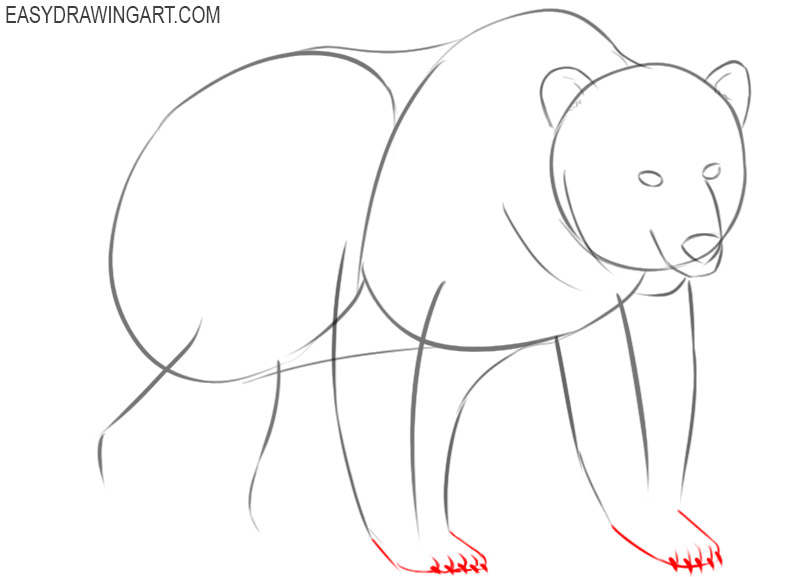 Now go to the hind limbs and add volume to them using four simple lines. Please note that their shape is different from the forelimbs. 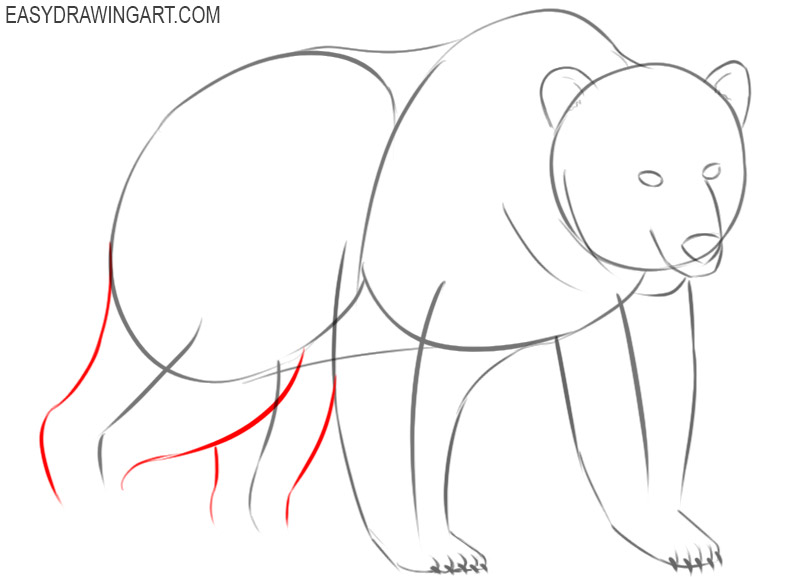 Now let’s depict the hind paws following the example of the front paws. They also have five fingers with sharp claws on each paw. 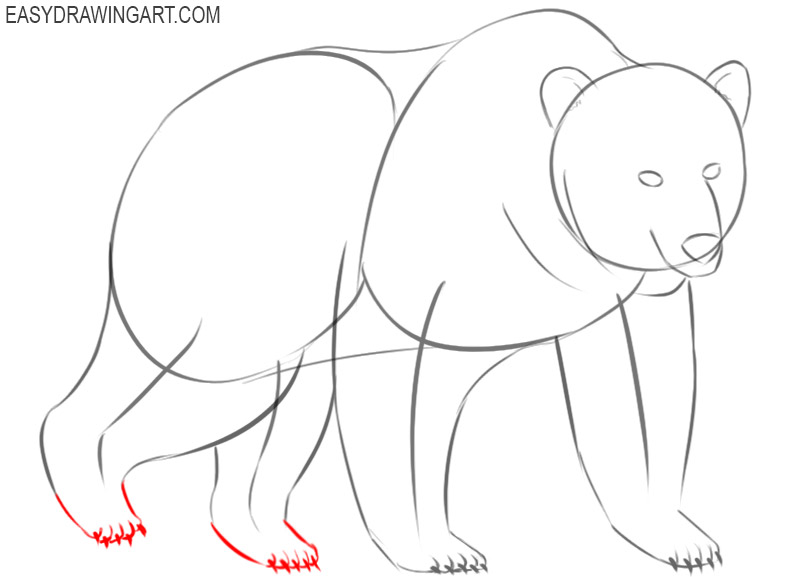 Now, armed with an eraser, wipe off the guidelines from the bear drawing. Now make darker the lines with a dark pencil or ink. 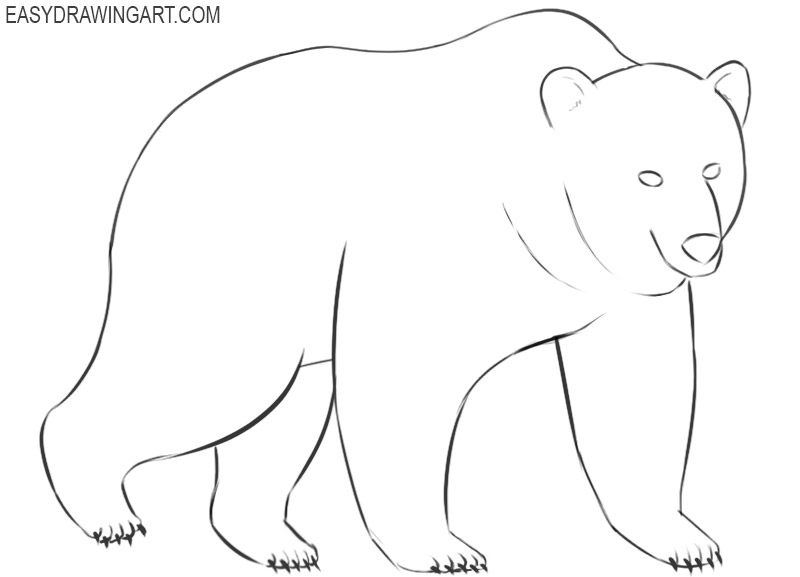 So, let’s now paint the bear brown, black, or white (if you are portraying a polar bear). Add shadows, as in the example from the artists of Easydrawingart.com, so that the bear drawing looks voluminous and aesthetic.

And that’s all, dear readers of Easydrawingart.com. Write in the comments what you think about the guide on how to draw a bear, subscribe to Easydrawingart.com on social networks and share your work there because we are very interested in whether you can draw using our instructions.