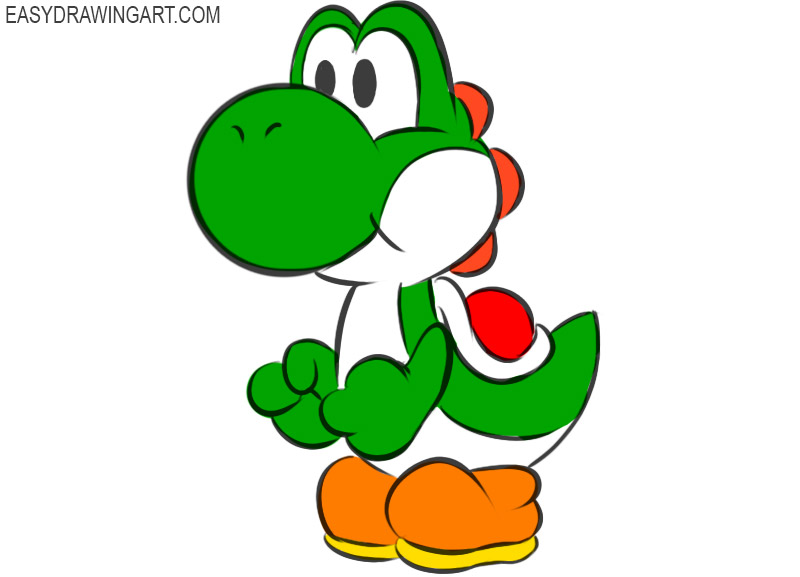 In this drawing guide we will tell you how to draw Yoshi. He is a well-known character from video games about the Mario brothers.

Firstly we outline the contours of the head of our Yoshi. In fact, we usually start with a stickman in the case of hard drawings. Now we have a fairly simple character that we can draw with the usual rounded contours without guide lines. 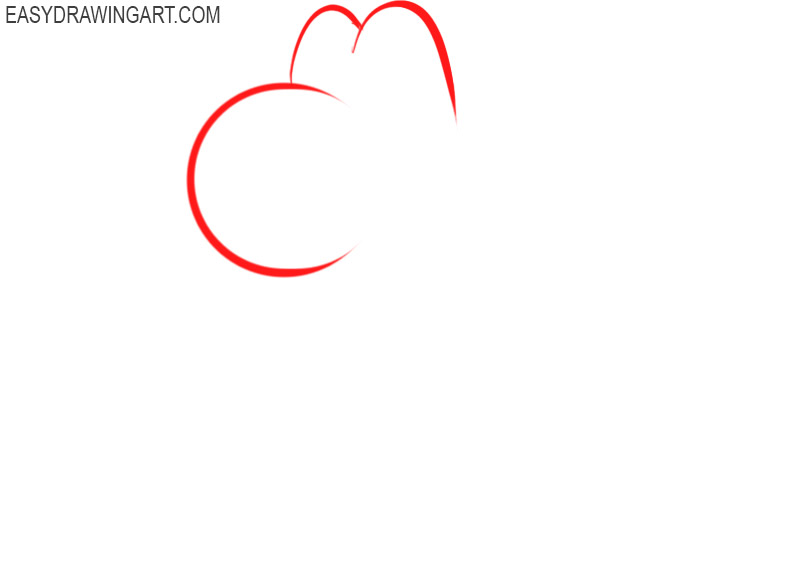 Add the contours of the eyes and cheeks. Eye contours at this stage are similar to an architectural arch. The nose and cheek form a smooth obtuse angle. Only smooth lines should be used in this step. 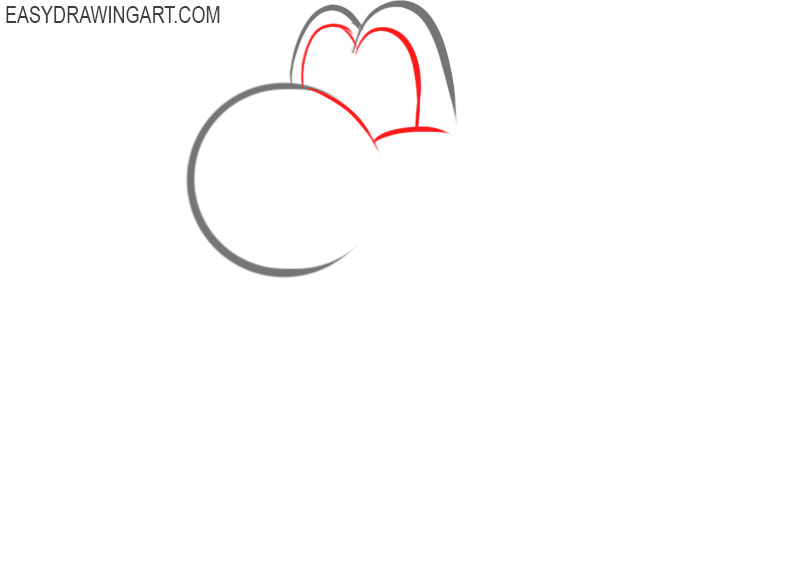 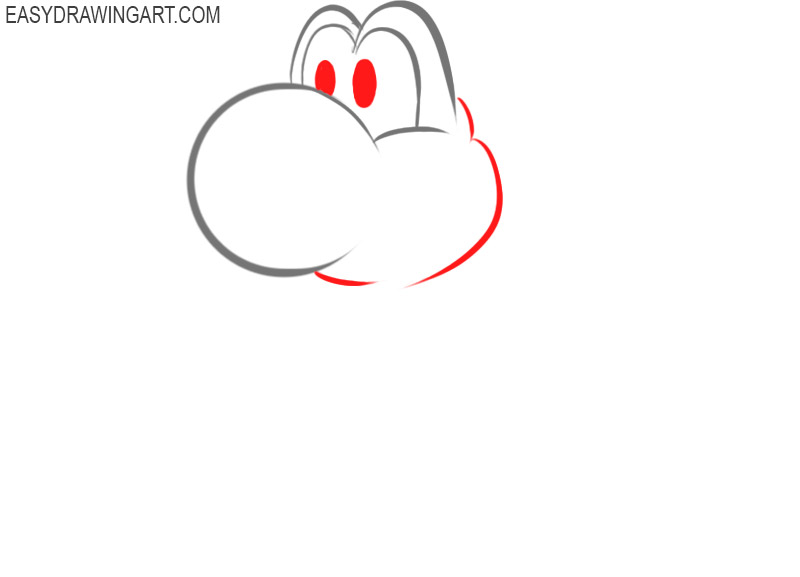 If you saw our character before you know his appearance. You probably know the peculiarity of the arrangement of colors on his face. In this step, we will need to draw a line of the cheek which is also the border of white and green. Also here we add the contours of the nostrils. 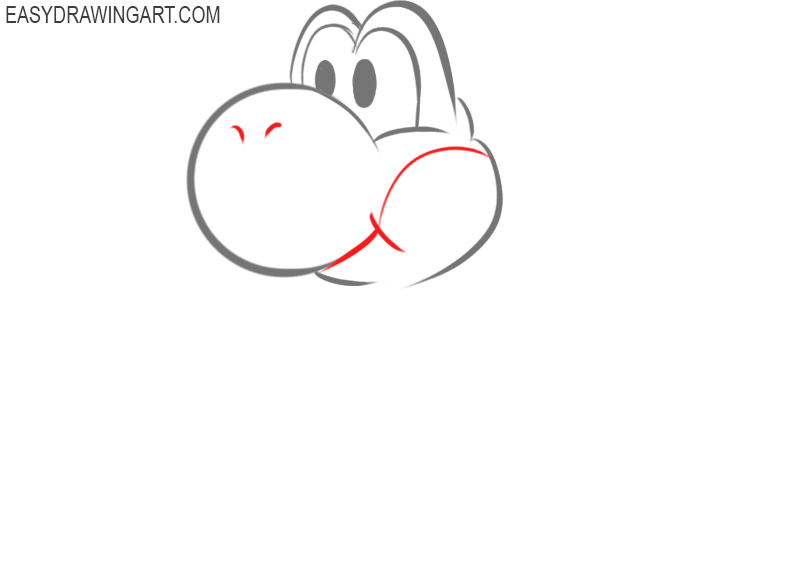 We drew Yoshi’s head. Now let’s outline the contours of the neck and crest on the back. It will be enough to draw a few teeth in this step. 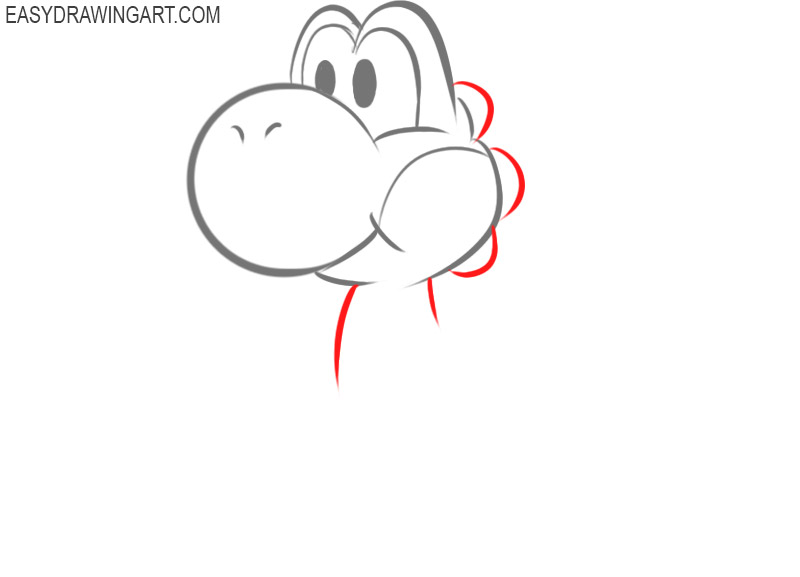 If we drew any difficult character, we would spend a lot of time trying to draw hands. In this tutorial on how to draw Yoshi, we simply draw three-fingered hands with a few rounded lines. 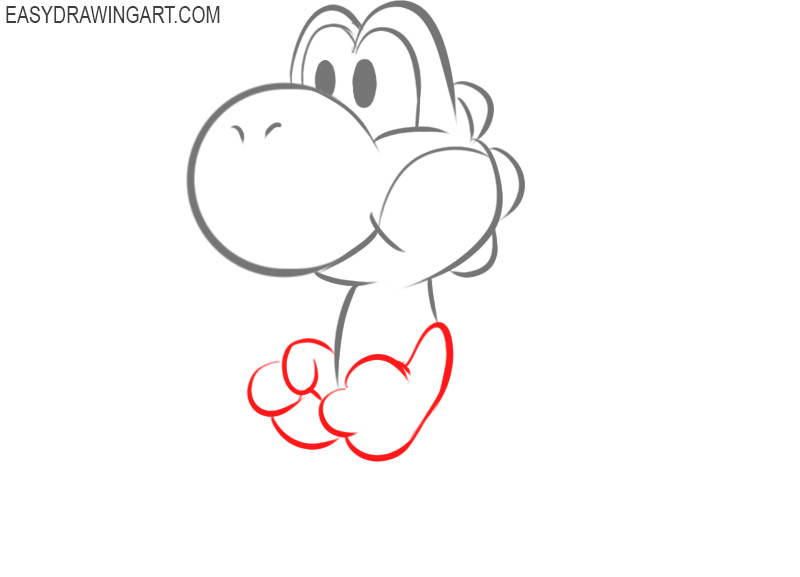 Draw the contours of the saddle. It looks like a small hat located under the head of Yoshi. Pay attention to the smooth bending of the bottom of this saddle. 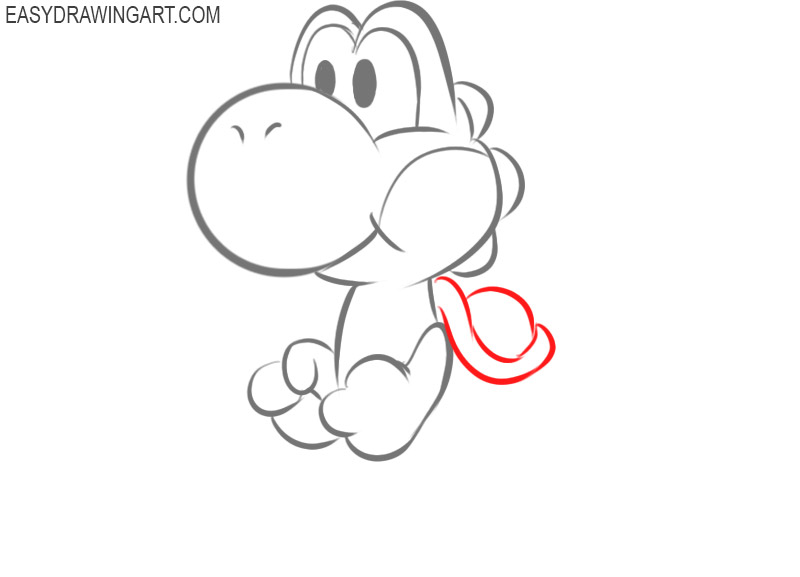 We outline the contours of the body. Yoshi’s torso should look much smaller than his head. The torso line should be parallel to the saddle line from the last step. 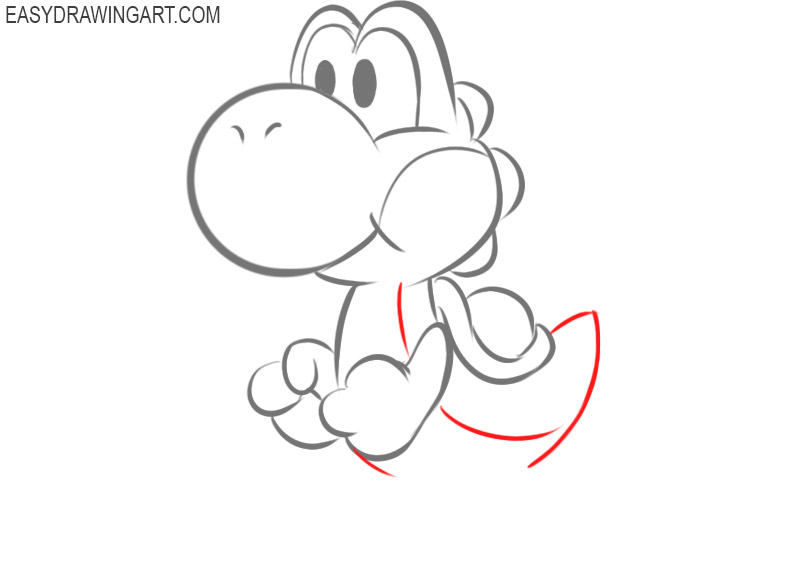 One example of a cartoon style of drawing is the presence of large paws and a head in combination with a small torso. So in this step we will draw large, rounded paws. 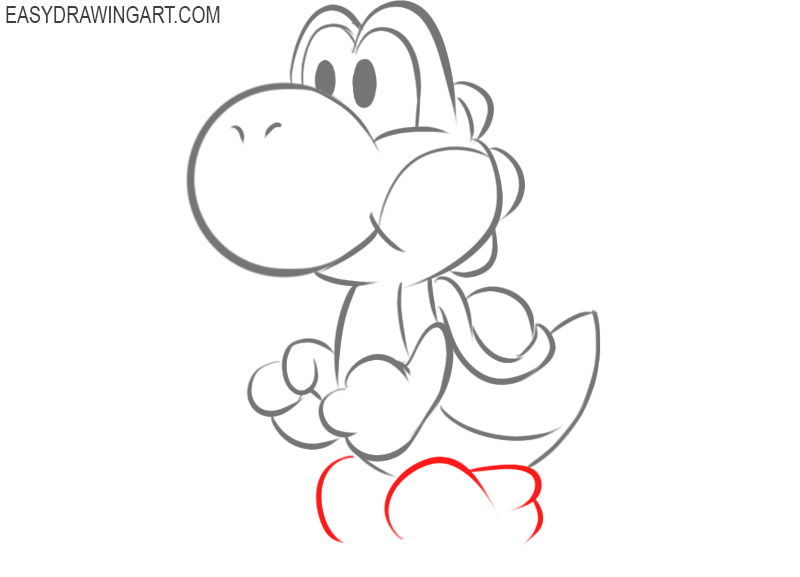 We are close to completing a lesson on how to draw Yoshi. In this step, we will depict the outlines of the soles of our character. 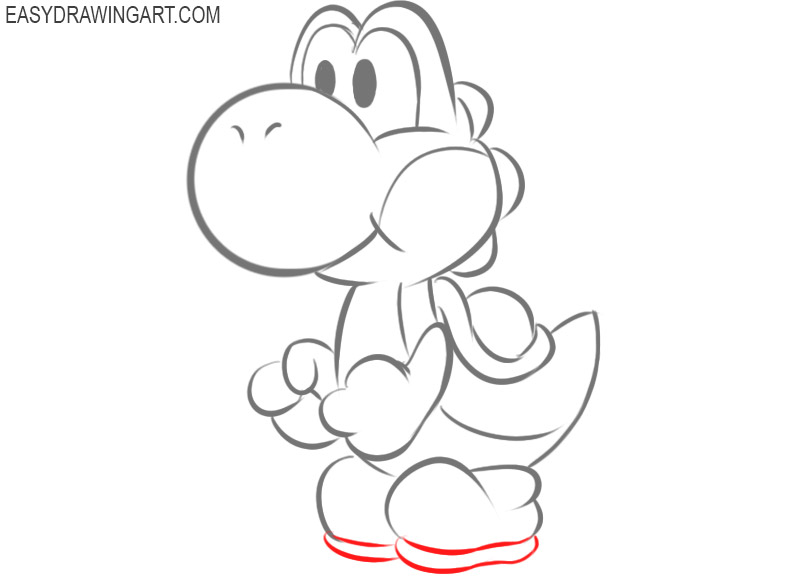 So we erase excess lines from our Yoshi. We evaluate all lines and proportions, look for errors and inaccuracies. If everything is correct, then proceed to the next step. 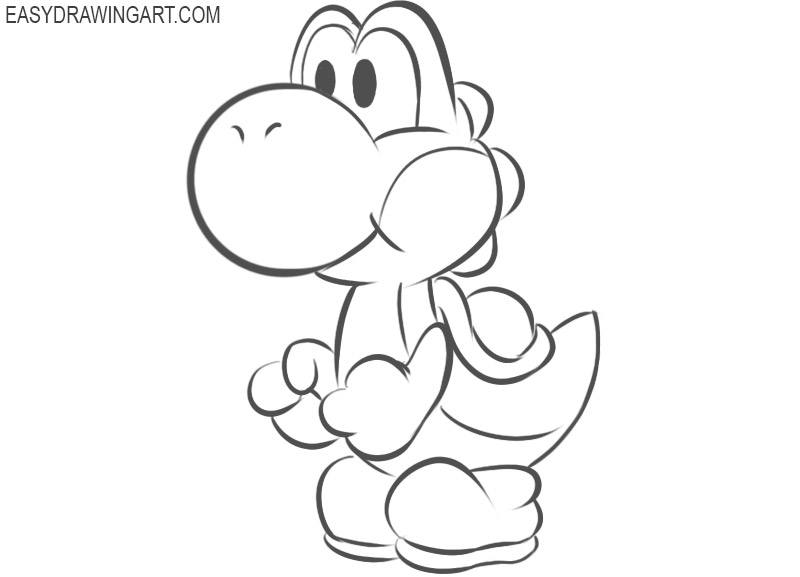 In this step, we color our character in his traditional colors. Pay attention to the difference in color between boots and saddles on the back.

So it was Yoshi drawing instruction which the EasyDrawingArt team prepared for you. We hope that you have felt your progress in art after completing this lesson. See you soon, dear readers of Easydrawingart.com!