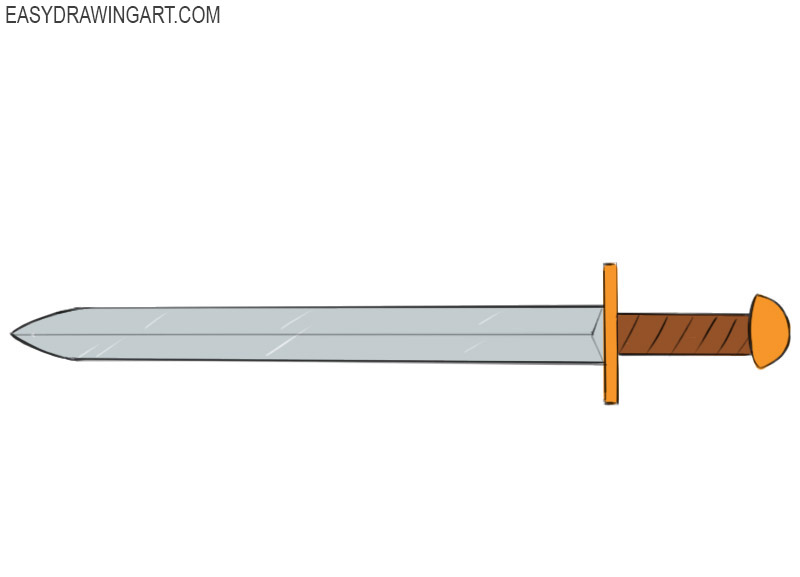 We decided to make this instruction as simple and affordable as possible. To do this, we divided this guide into eight simple stages, highlighting each new line in red.

Let’s start with the blade of the sword, sketching it in the form of two simple parallel lines. For simplicity, you can depict these lines with a ruler. 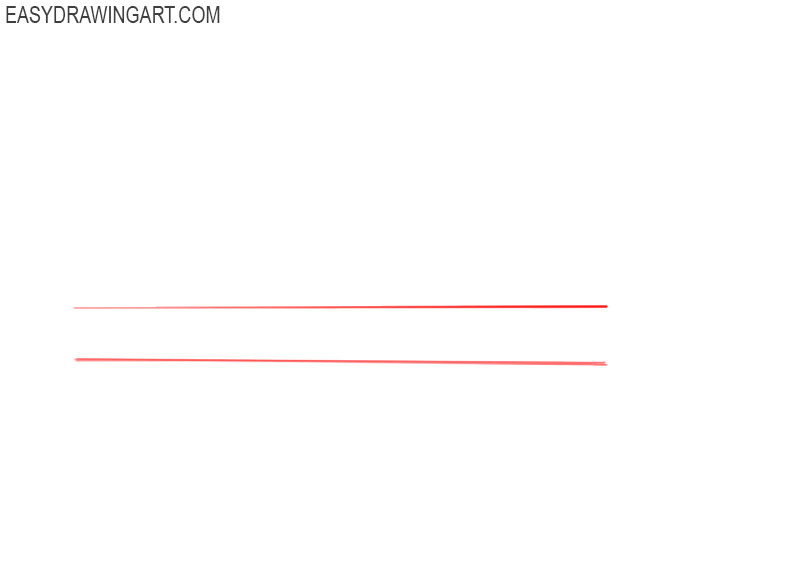 Connect the lines from the first stage to create the point of the weapon. By the way, to check the proportionality of the artwork, look at it through the mirror. 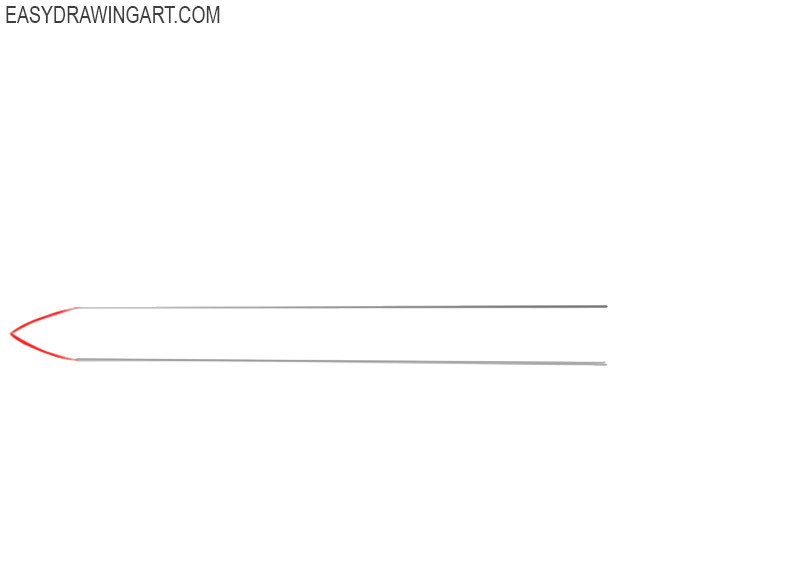 The blade is complete, and let’s create a guard. We depicted a classic guard that is very characteristic for short swords. In fact, it is a narrow vertical rectangle. 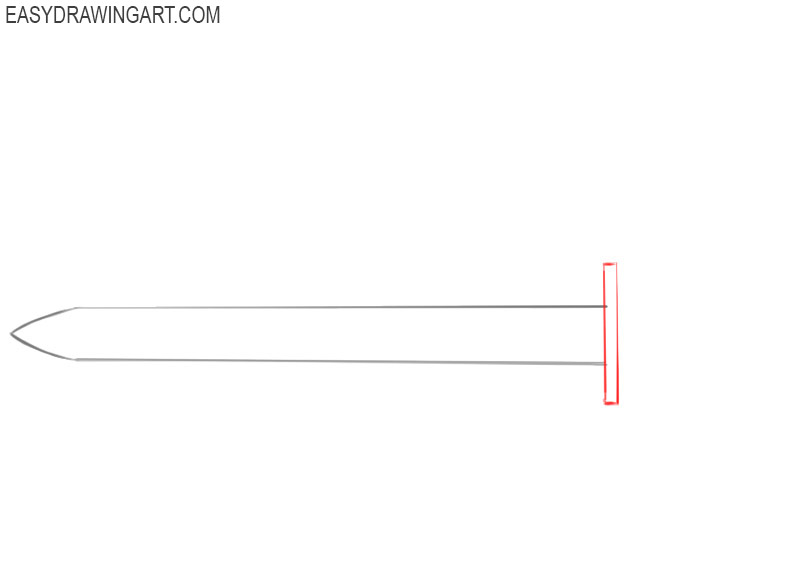 Let’s move on to the grip of our short sword. This part should also be done using two straight lines. The grip should be slightly narrower than the steel. 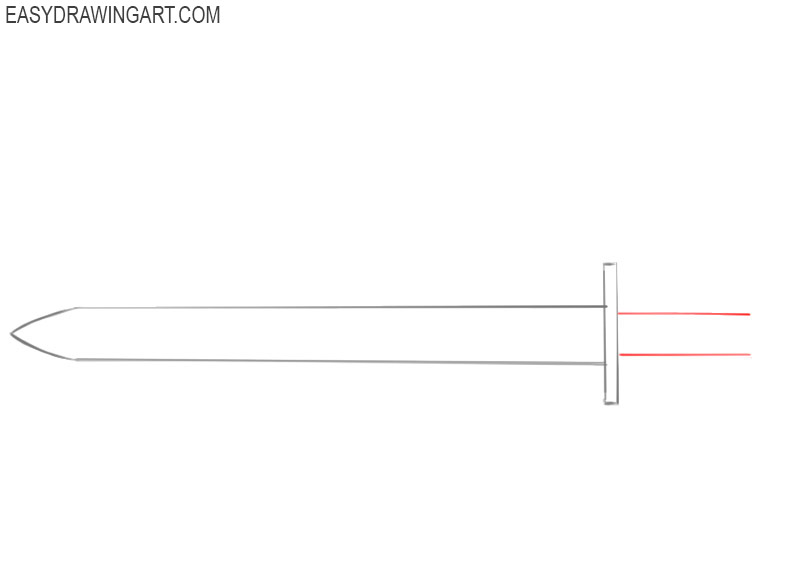 In this stage, we will complete creating the appearance of the weapon. At the very tip of the grip depict a pommel, which can be either in our example or in the form of a circle. 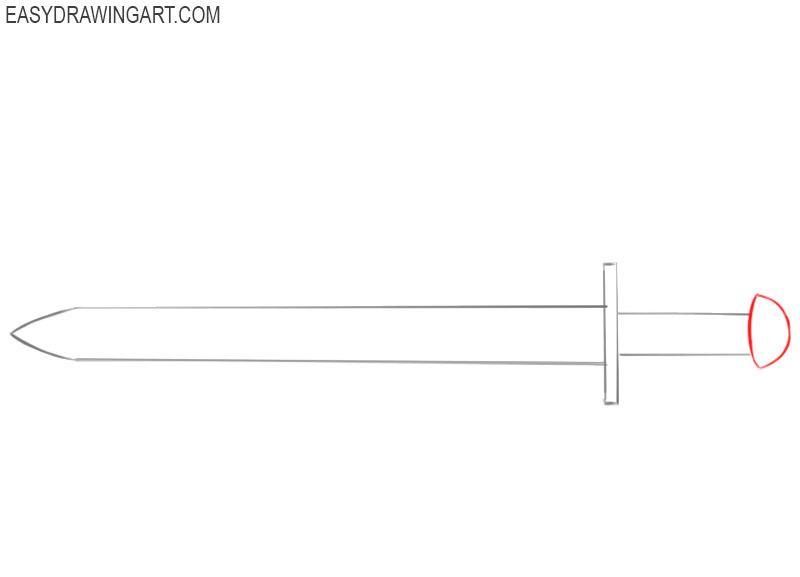 Let’s get into the details now by making the sword design more realistic. First, depict a longitudinal line in the central part of the steel. After that, create the diagonal wrapper strips of the grip. 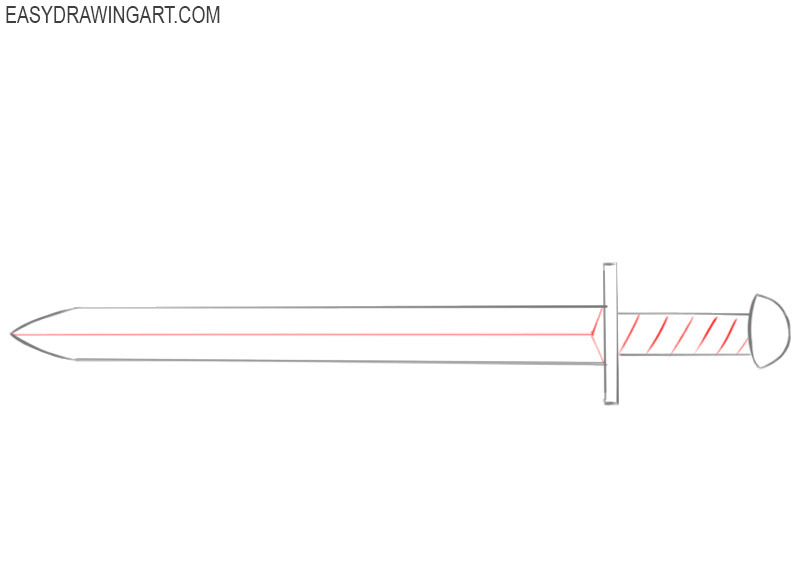 Now wipe off the excess lines from your sword drawing. Next, trace everything to make the sketch of the sword more voluminous, beautiful and aesthetic. 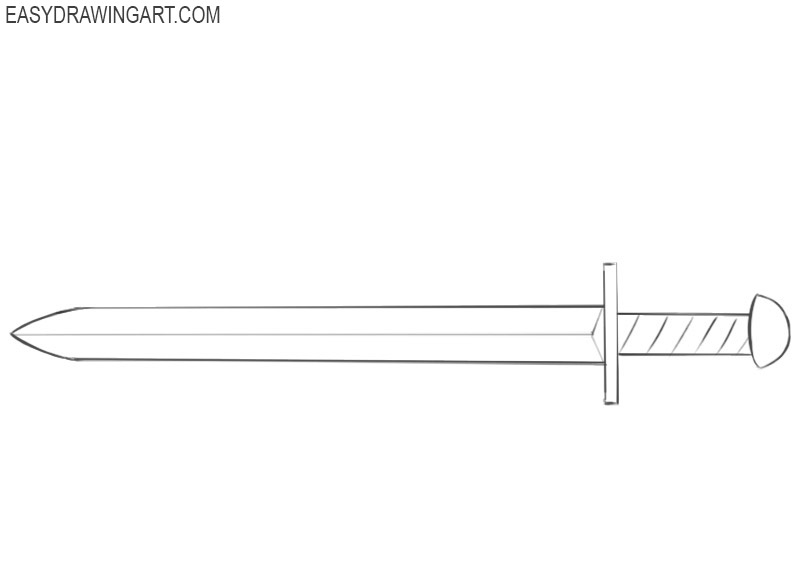 Let’s paint the sword. Light gray-blue color will be perfect for the blade. For the rest of this melee weapon, you can use absolutely any color.

If you read these words, now you know how to draw a sword. As we said above, such swords are called short. This is primarily due to the length of the cutting surface. In addition, a weapon of this type has a rather short grip, the size of a palm wide.

As already mentioned, the legionnaires of Rome were armed with such swords. And the same swords were in service with most gladiators. When freed from slavery, the gladiator received a similar sword, but made of wood, and was called rudis.

If you depict the details of the weapon longer, you get a two-handed sword, if you make these parts shorter, you get a dagger.

Experiment by creating different interesting looks of melee weapons. Visit other tutorials, such as about a knife or a gun and follow Easydrawingart.com in all social media.