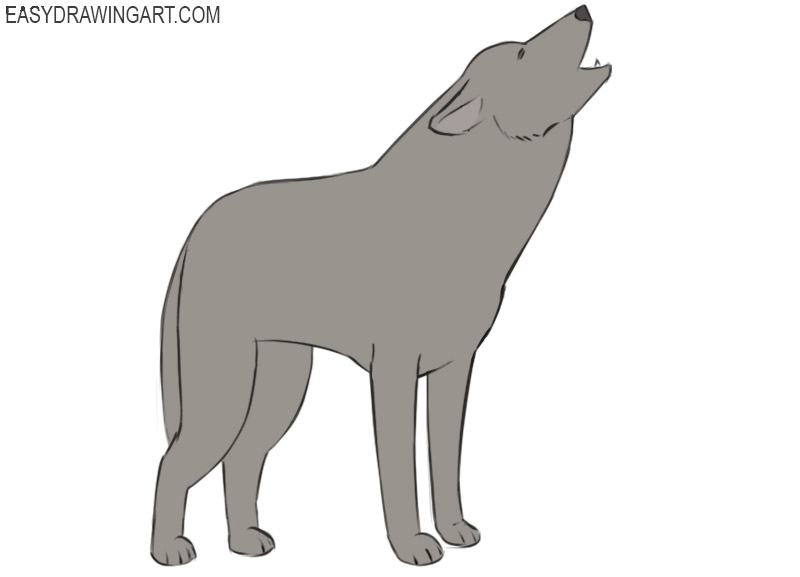 Readers of Easydrawingart.com are very fond of drawing different animals, and to please them with a new drawing instruction, we created this article on how to draw a howling wolf. This article is based on our previous article on how to draw a wolf, so the team of Easydrawingart.com advises you to first study it to have a better understanding of the drawing process of this animal.

To depict complex things, you must first imagine them in the form of simple geometric shapes. We suggest starting to depict the skeleton of the animal in the form of circles. One ball for the head, another for the chest, and a third for the pelvis. 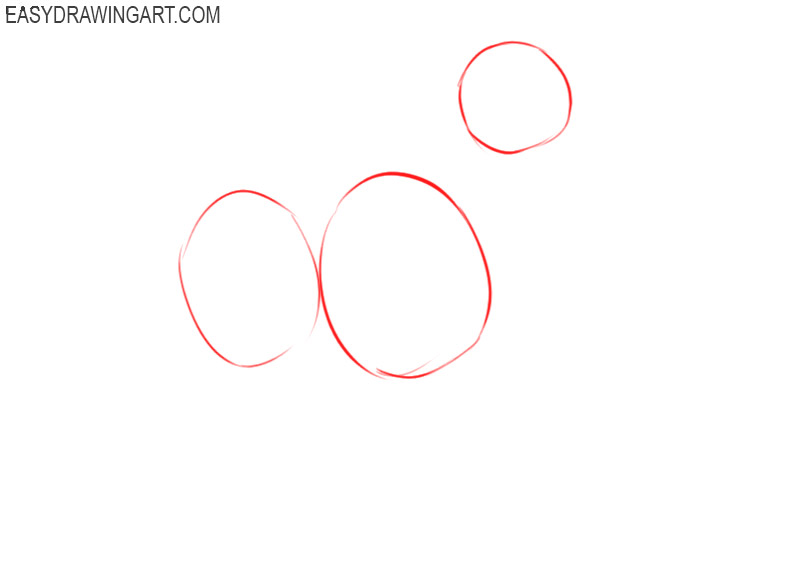 Now, using simple lines, depict the neck and limbs of the forest animal. At this stage, the character’s pose and position on a piece of paper are already visible. Please note that the first stages should be created using a very light pressing on the pencil. 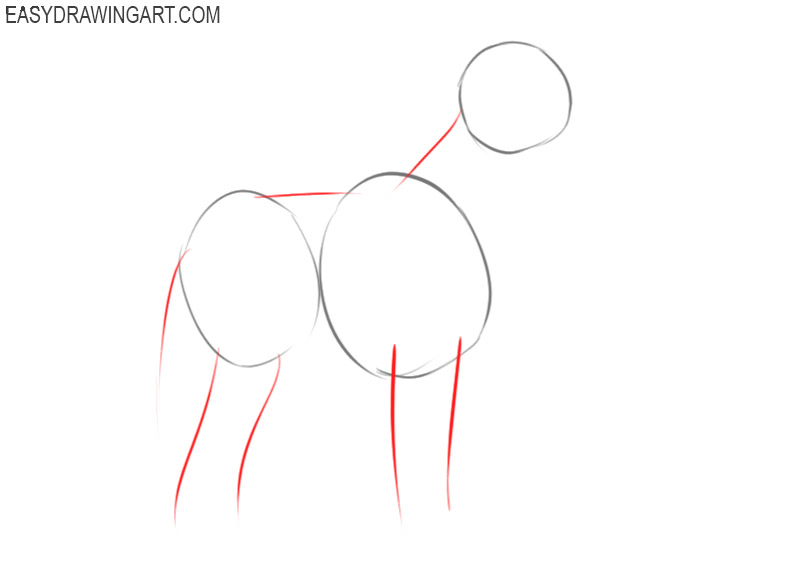 Starting from this stage we will give the wolf a more characteristic look. According to our good old tradition, start from the head and first depict the open mouth of the wolf and its neck. Note that the neck seems so thick due to the very lush fur in this area. 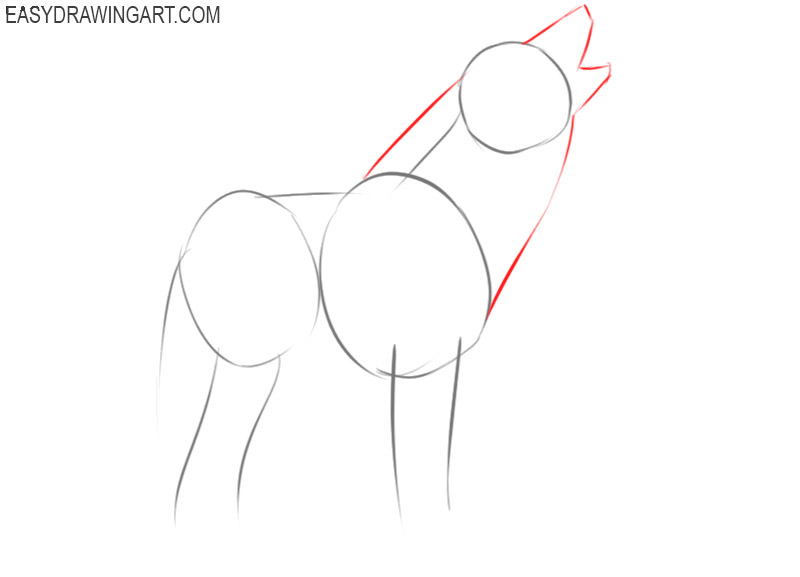 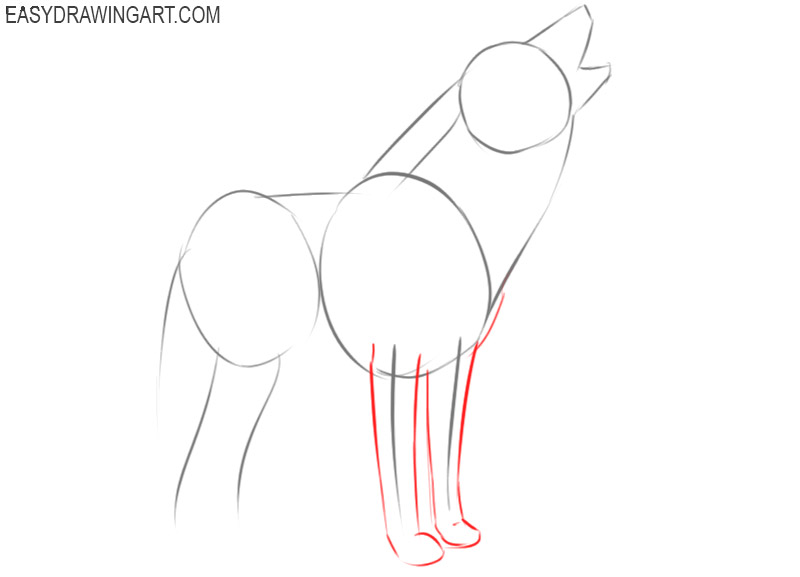 Another stage that makes our sketch more like a wolf. Here we should connect the chest and pelvis with a pair of very light lines. Let’s start adding details to this beautiful animal. Using a few short simple lines, create the ears as in the example, created by the team of Easydrawingart.com. 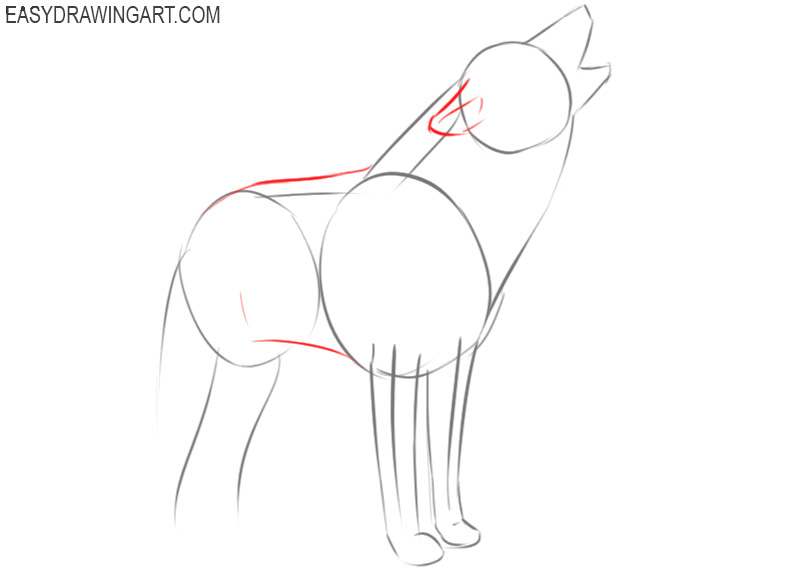 Now let’s proceed to the hind limbs, repeating actions similar to those that we did in the fourth stage. Using a few very light lines, depict the hind legs of the wolf. Note that unlike the forelimbs, the upper part of the hind legs is more massive. 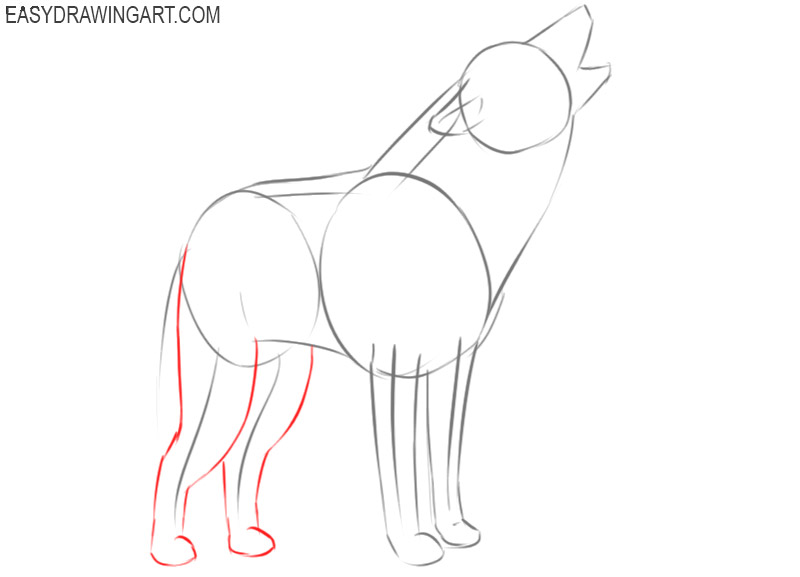 Now let’s get into the details of the wolf. Depict small eyes and sharp fangs. At the same stage, depict the nose and furry cheek. By the way, to learn more about portraying a wolf’s head, visit our article on how to draw a wolf’s head. Outline the tail with a short line and go to the eighth stage. 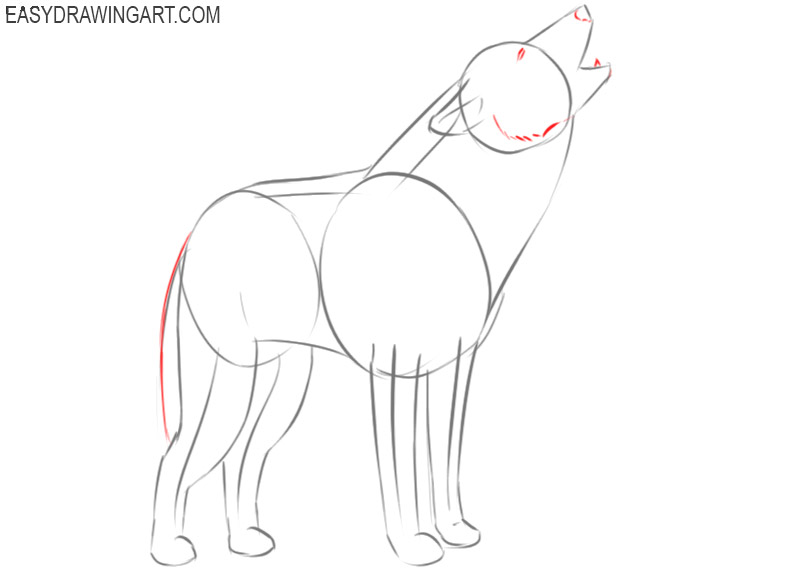 Now put the pencil aside and take an eraser to remove all the auxiliary touches that we created in the initial stages. With the help of darker lines, trace the artwork, giving it greater clarity and volume. By the way, if you make the closer lines darker than the more distant ones, then you will enhance the three-dimensional effect in the figure. 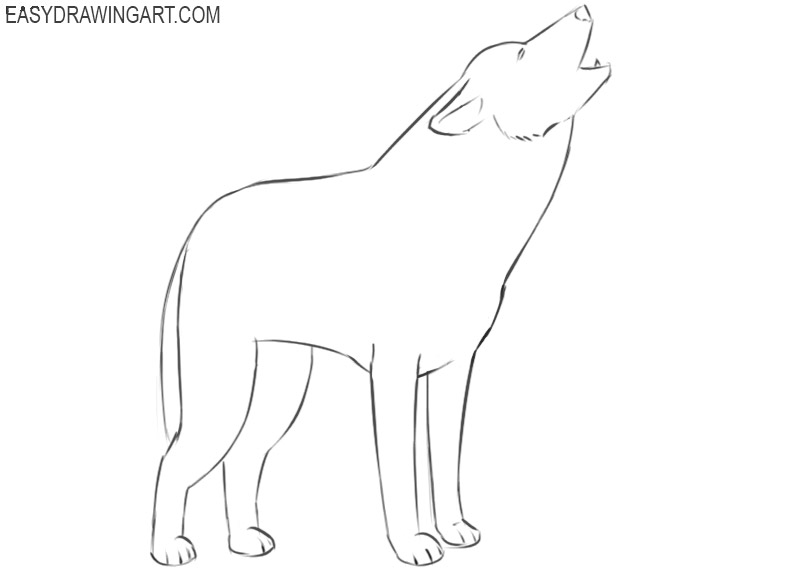 So, let’s add colors to our howling wolf drawing to make it more vibrant and beautiful. Wolves come in a variety of colors, but the most common is gray, as in the example depicted by the artists of Easydrawingart.com. You can also depict some shadows and halftones to make the wolf drawing more convincing and realistic.

It was an instruction on how to draw a howling wolf. As you can see, the article is made in a very simple style, however, like all other articles on Easydrawingart.com.

By the way, there is an opinion that wolves do not perform in the circus. Have you seen wolves in a circus or real life? Let us know in the comments below. Also, write to us what art instructions you want to see on the pages of Easydrawingart.com.